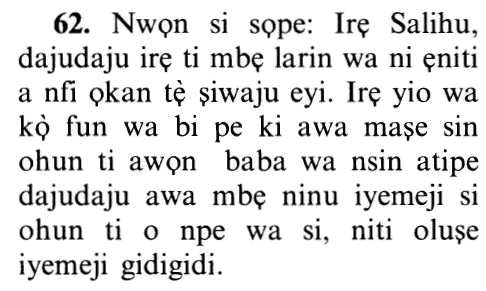 The Conversation between Salih and the People of Thamud

Allah, the Exalted, mentions what transpired in the discussion between Salih and his people. Allah informs of their ignorance and obstinacy in their statement,

You have been among us as a figure of good hope till this!

They were saying in this, "We had hope in your strong intellect before you began saying what you have said.''

Do you (now) forbid us the worship of what our fathers have worshipped,

"what those who were before us were upon.''

But we are really in grave doubt as to that which you invite us.

This alludes to the great amount of doubt that they had.