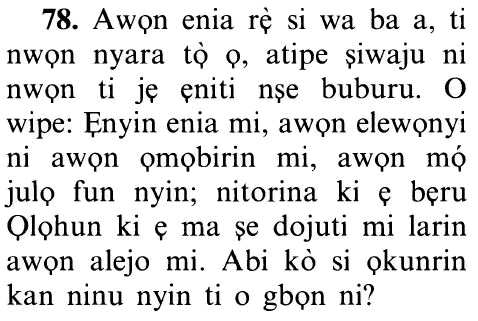 And his people came rushing towards him,

meaning, they made haste and rushed due to their delight of this (new young men).

and since aforetime they used to commit crimes.

This means that this did not cease being their behavior until they were seized (by Allah's torment) and they were still in the same condition.

He said: "O my people! Here are my daughters (the women of the nation), they are purer for you...''

This was his attempt to direct them to their women, for verily the Prophet is like a father for his nation. Therefore, he tries to guide them to that which is better for them in this life and the Hereafter.

This is similar to his statement to them in other verse,

Go you in unto the males of the nation, and leave those whom Allah has created for you to be your wives Nay, you are a trespassing people! (26:165-166)

Allah said in another verse,

This means, "Didn't we forbid you from hosting men (male) guests!''

Then, Allah said, in this noble verse, هَـؤُلاء بَنَاتِي هُنَّ أَطْهَرُ لَكُمْ (Here are my daughters, they are purer for you).

"Actually, they were not his daughters, but they were from among his nation. Every Prophet is like a father to his nation.''

A similar statement has been reported from Qatadah and others.

So have Taqwa of Allah and disgrace me not with regard to my guests!

This means, "Accept what I command you by limiting the fulfillment of your desires to your women.''

Is there not among you a single right-minded man!

This means, "Is there not a good man among you who will accept what I am enjoining upon you and abandon what I have forbidden for you!''