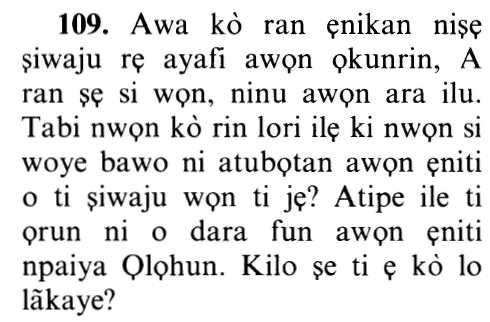 All of the Prophets are Humans and Men

And We sent not before you (as Messengers) any but men unto whom We revealed,

Allah states that He only sent Prophets and Messengers from among men and not from among women, as this Ayah clearly states.

Allah did not reveal religious and legislative laws to any woman from among the daughters of Adam. This is the belief of Ahlus-Sunnah wal-Jama`ah.

it is the view of Ahlus-Sunnah wal-Jama`ah, that there were no female Prophets, but there were truthful believers from among women. Allah mentions the most honorable of the truthful female believers, Maryam, the daughter of Imran, when He said,

The Messiah ('Isa), son of Maryam (Mary), was no more than a Messenger; many were the Messengers that passed away before him. His mother was a Siddiqah (truthful believer). They both used to eat food. (5:75)

Therefore, the best description Allah gave her is Siddiqah.

Had she been a Prophet, Allah would have mentioned this fact when He was praising her qualities and honor. Therefore, Mary was a truthful believer according to the words of the Qur'an.

All Prophets were Humans not Angels

Ad-Dahhak reported that Ibn `Abbas commented on Allah's statement, وَمَا أَرْسَلْنَا مِن قَبْلِكَ إِلاَّ رِجَالاً (And We sent not before you (as Messengers) any but men),

"They were not from among the residents of the heaven (angels), as you claimed.''

This statement of Ibn Abbas is supported by Allah's statements,

And We never sent before you any of the Messengers, but verily, they ate food and walked in the markets. (25:20)

And We did not create them with bodies that ate not food, nor were they immortals. Then We fulfilled to them the promise. So We saved them and those whom We willed, but We destroyed extravagant, (21:8-9)

from among the people of townships,

meaning, from among the people of cities, not that they were sent among the Bedouins who are some of the harshest and roughest of all people.

Drawing Lessons from the Incidents of the Past

Have they not traveled in the land,

meaning, `Have not these people who rejected you, O Muhammad, traveled in the land,'

and seen what was the end of those who were before them,

that is, the earlier nations that rejected the Messengers, and how Allah destroyed them. A similar end is awaiting all disbelievers.

Have they not traveled through the land, and have they hearts wherewith to understand! (22:46)

When they hear this statement, they should realize that Allah destroyed the disbelievers and saved the believers, and this is His way with His creation.

And verily, the home of the Hereafter is the best for those who have Taqwa.

Allah says, `Just as We saved the faithful in this life, We also wrote safety for them in the Hereafter, which is far better for them than the life of the present world.'

Allah said in other Ayah,

Verily, We will indeed make victorious Our Messengers and those who believe in this world's life and on the Day when the witnesses will stand forth (i.e. Day of Resurrection). The Day when their excuses will be of no profit to the wrongdoers. Theirs will be the curse, and theirs will be the evil abode (in Hellfire). (40:51-52)

Do you not then understand!