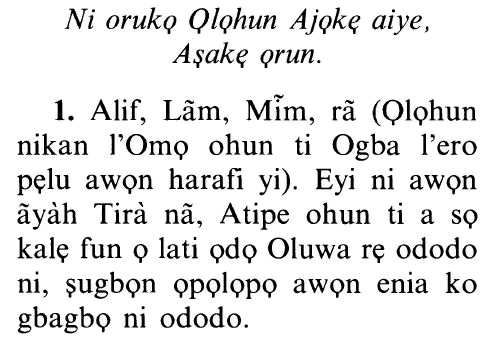 The Qur'an is Allah's Kalam (Speech)

We stated that every Surah that starts with separate letters, affirms that the Qur'an is miraculous and is an evidence that it is a revelation from Allah, and that there is no doubt or denying in this fact. This is why Allah said next,

These are the verses of the Book,

the Qur'an, which Allah described afterwards,

and that which has been revealed unto you, (O Muhammad),

from your Lord is the truth,

but most men believe not.

just as He said in another Ayah,

And most of mankind will not believe even if you desire it eagerly. (12:103)

Allah declares that even after this clear, plain and unequivocal explanation (the Qur'an), most men will still not believe, due to their rebellion, stubbornness and hypocrisy.