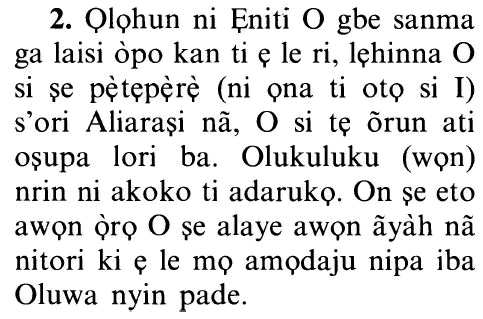 Allah is He Who raised the heavens,

Allah mentions His perfect ability and infinite authority, since it is He Who has raised the heavens without pillars by His permission and order. He, by His leave, order and power, has elevated the heavens high above the earth, distant and far away from reach. The heaven nearest to the present world encompasses the earth from all directions, and is also high above it from every direction.

The second heaven surrounds the first heaven from every direction, encompassing everything that the latter carries, with a thickness also of five hundred years and a distance between them of five hundred years. The same is also true about the third, the fourth, the fifth, the sixth and the seventh heavens.

It is Allah who has created seven heavens and of the earth the like thereof. (65:12)

..without any pillars that you can see.

meaning, `there are pillars, but you cannot see them,'

according to Ibn Abbas, Mujahid, Al-Hasan, Qatadah, and several other scholars.

"The heaven is like a dome over the earth,''

Similar was reported from Qatadah, and this meaning is better for this part of the Ayah, especially since Allah said in another Ayah,

He withholds the heaven from falling on the earth except by His permission. (22:65)

Therefore, Allah's statement, تَرَوْنَهَا (...that you can see), affirms that there are no pillars. Rather, the heaven is elevated (above the earth) without pillars, as you see.

Al-Istawa', Rising above the Throne

Then, He rose above (Istawa) the Throne.

We explained the meaning of the Istawa' in Surah Al-A`raf (7:54), and stated that it should be accepted as it is without altering, equating, annulling its meaning, or attempts to explain its true nature. Allah is glorified and praised from all that they attribute to Him.

Allah subjected the Sun and the Moon to rotate continuously

He has subjected the sun and the moon, each running (its course) for a term appointed.

It was said that the sun and the moon continue their course until they cease doing so upon the commencement of the Final Hour, as Allah stated,

It was also said that the meaning is:

until they settle under the Throne of Allah after passing the other side of the earth. So when they, and the rest of the planetary bodies reach there, they are at the furthest distance from the Throne. Because according to the correct view, which the texts prove, it is shaped like a dome, under which is all of the creation. It is not circular like the celestial bodies, because it has pillars by which it is carried. This fact is clear to those who correctly understand the Ayat and authentic Hadiths. All the (praise is due to) Allah and all the favors are from Him.

He manages and regulates all affairs;

And (He created) the sun, the moon, the stars subjected to His command. Surely, His is the creation and commandment. Blessed is Allah, the Lord of all that exists! (7:54)

He explains the Ayat in detail, that you may believe with certainty in the Meeting with your Lord.

means, He explains the signs and clear evidences that testify that there is no deity worthy of worship except Him. These evidences prove that He will resurrect creation if He wills, just as He started it.