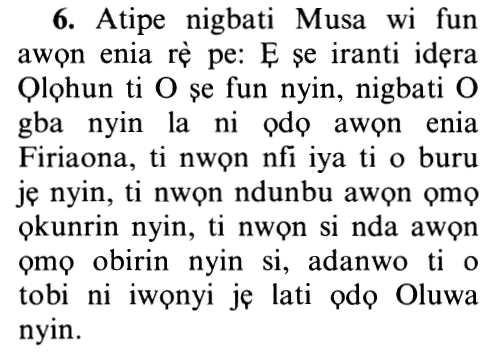 And (remember) when Musa said to his people: "Call to mind Allah's favor to you, when He delivered you from Fir`awn's people who were afflicting you with horrible torment, and were slaughtering your sons and letting your women live;

Allah states that Musa reminded his people about Allah's annals and days and of Allah's favors and bounties that He bestowed on them, when He saved them from Fir`awn and his people and the torment and disgrace they used to exert on them.

They used to slaughter whomever they could find among their sons and let their females live. Allah delivered them from all this torment, and this is a great bounty, indeed.

This is why Allah described this affliction,

and in it was a tremendous trial from your Lord.

`for He granted you (O Children of Israel) a great favor for which you are unable to perfectly thank Him.'

Some scholars said that this part of the Ayah means,

`what Fir`awn used to do to you was a tremendous بَلاء (trial).'

Both meanings might be considered here and Allah knows best.