NUH (AS) (NOAH), MESSENGER, NEWS, SALIH (AS) AND THAMUD, SUMMONING 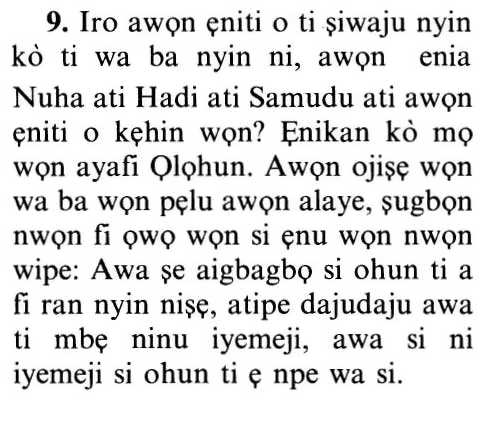 Earlier Nations disbelieved in Their Prophets

Has not the news reached you, of those before you, the people of Nuh, `Ad, and Thamud, and those after them! None knows them but Allah.

Allah narrated to this Ummah (followers of Muhammad) the stories of the people of Prophet Nuh, `Ad and Thamud, and other ancient nations that belied their Messengers. Only Allah knows the count of these nations,

To them came their Messengers with clear proofs,

they brought them evidences and plain, tremendous proofs and signs.

This is why Urwah bin Az-Zubayr said,

"We did not find anyone who knows the forefathers of Ma`dd bin Adnan.''

Meaning of, "They put Their Hands in Their Mouths"

but they put their hands in their mouths,

It is said that they pointed to the Messengers' mouths asking them to stop calling them to Allah, the Exalted and Most Honored.

It is also said that it means, they placed their hands on their mouths in denial of the Messengers.

It was also said that it means that they did not answer the call of the Messengers, or they were biting their hands in rage.

they belied the Messengers and refuted their call with their mouths.

I (Ibn Kathir) say that Mujahid's Tafsir is supported by the completion of the narrative,

and said: "Verily, we disbelieve in that with which you have been sent, and we are really in grave doubt as to that to which you invite us.''

"When they heard Allah's Word, they were amazed and placed their hands on their mouths,''

and said: "Verily, we disbelieve in that with which you have been sent.''

They said, We do not believe what you brought us, and have strong doubt in its authenticity.'