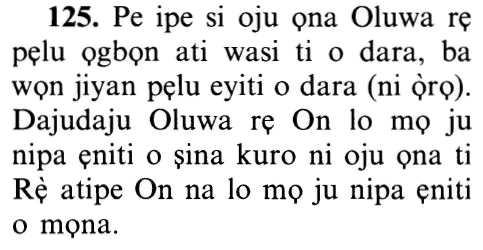 Invite to the way of your Lord with wisdom,

Allah commands His Messenger Muhammad to invite the people to Allah with Hikmah (wisdom).

"That is what was revealed to him from the Book and the Sunnah.''

meaning, with exhortation and stories of the events that happened to people that are mentioned in the Qur'an, which he is to tell them about in order to warn them of the punishment of Allah.

and argue with them with that which is best.

meaning, if any of them want to debate and argue, then let that be in the best manner, with kindness, gentleness and good speech, as Allah says elsewhere:

And do not argue with the People of the Book, unless it be with that which is best, except for those who purposefully do wrong. (29:46)

Allah commanded him to speak gently, as He commanded Musa and Harun to do when he sent them to Pharaoh, as He said:

Truly, your Lord best knows who has strayed from His path,

and He best knows those who are guided.

This has already been written with Him and the matter is finished, so call them to Allah, but do not exhaust yourself with regret over those who go astray, for it is not your task to guide them. You are just a warner, and all you have to do is convey the Message, and it is He Who will bring them to account.