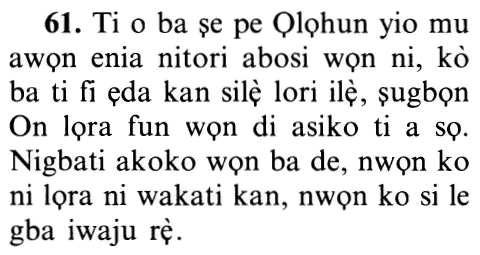 Allah does not immediately punish for Disobedience

And if Allah were to punish (all) mankind for their wrongdoing, He would not leave on it (the earth) a single moving creature, but He defers them to an appointed term; and when their term comes, they can neither delay nor advance it an hour (or a moment).

Allah tells us about His patience with His creatures, even though they do wrong. If He were to punish them for what they have done, there would be no living creature left on the face of the earth, i.e., He would have destroyed every animal on earth after destroying the sons of Adam. But the Lord - magnificent is His glory - is forbearing and He covers people's faults. He waits until the appointed time, i.e., He does not rush to punish them. If He did, then there would be no one left.

"Abu Hurayrah heard a man saying, `The wrongdoer harms no one but himself.'

He turned to him and said,

`That is not true, by Allah! Even the buzzard dies in its nest because of the sins of the wrongdoer.'''