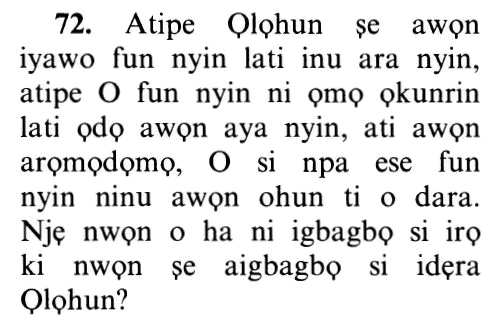 And Allah has made for you mates (and companions) of your own nature, and made for you, out of them, sons and daughters and grandchildren, and provided for you sustenance of the best: will they then believe in vain things, and be ungrateful for Allah's favours?-
And Allah has made wives for you from among yourselves, and has given you sons and grandchildren from your wives, and has given you of the good things; is it then in the falsehood that they believe while it is in the favor of Allah that they disbelieve?
And Allah hath given you wives of your own kind, and hath given you, from your wives, sons and grandsons, and hath made provision of good things for you. Is it then in vanity that they believe and in the grace of Allah that they disbelieve?

Among His Blessings and Signs are Mates, Children and Grandchildren

Allah mentions the blessing He has bestowed upon His servant by giving them mates from among themselves, mates of their own kind. If He had given them mates of another kind, there would be no harmony, love and mercy between them. But out of His mercy He has made the Children of Adam male and female, and has made the females wives or mates for the males.

Then Allah mentions that from these wives He creates children and grandchildren, one's children's children.

This was the opinion of Ibn Abbas, `Ikrimah, Al-Hasan, Ad-Dahhak and Ibn Zayd.

It was also said that this means servants and helpers, or it means sons-in-law or in-laws.

if we understand وَحَفَدَةً (grandsons), to refer back to wives, then it must mean children, children's children, and sons-in-law, because they are the husbands of one's daughter or the children of one's wife.

and has granted you good provisions.

meaning your food and drink.

Then Allah denounces those who associate others in worship with the One Who bestows blessings on them:

Do they then believe in false deities,

meaning idols and rivals to Allah.

and deny the favor of Allah.

meaning, by concealing the blessings that Allah has given them and attributing them to others.

According to a Sahih Hadith, the Prophet said:

Allah will say to His servant on the Day of Resurrection, reminding him of His blessings:

"Did I not give you a wife?

Did I not honor you?

Did I not subject horses and camels to your use, and cause you to occupy a position of leadership and honor?''