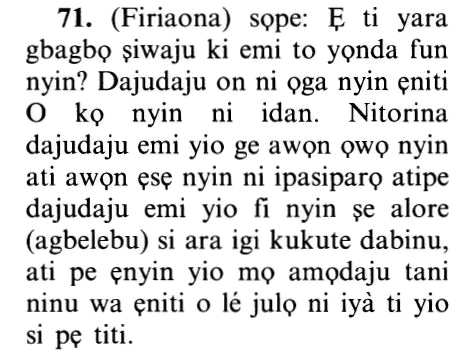 Fir`awn's turning against the Magicians, His threatening Them and Their Reply

Allah, the Exalted, informs of Fir`awn's disbelief, obstinance, transgression and haughtiness against the truth in favor of falsehood. When he saw what he saw of the magnificent miracle and the great sign, and he saw those whose help he sought accept faith in the presence of all of the people, and he was absolutely defeated, he began to behave arrogantly and cast accusations. He resorted to using his esteemed honor and might against the magicians. He warned them and threatened them saying,

This means, "Do you have faith in him!''

before I give you permission,

meaning, "I have not commanded you to do so, by which you have rebelled against me.''

Then he said a statement that he, the magicians and all creatures knew was a forgery and an utter lie.

Verily, he is your chief who has taught you magic.

meaning "You all only took your magic from Musa and you have made an agreement with him against me and my subjects, that you would help him be victorious.''

Allah says in another Ayah,

Surely, this is a plot which you have plotted in the city to drive out its people, but you shall come to know. (7:123)

Then he began threatening them. He said to them,

meaning, "I will certainly make an example of you, I will kill you in a public execution.''

"Thus, he was the first person to ever do this (public execution, crucifixion).''

This was reported by Ibn Abi Hatim.

And you shall surely know which of us can give the severe and more lasting torment.

This means, "You say that my people and I are astray and that you (magicians), Musa and his people are following correct guidance, but you will come to know who will be punished and remain punished.''

So when he attacked with this and threatened them, their souls eased them because of their belief in Allah, the Mighty and Sublime. They exclaimed,