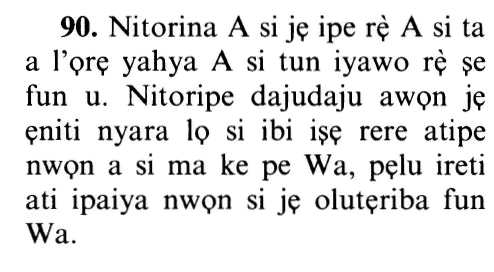 So We listened to him: and We granted him Yahya: We cured his wife's (Barrenness) for him. These (three) were ever quick in emulation in good works; they used to call on Us with love and reverence, and humble themselves before Us.
So We responded to him and gave him Yahya and made his wife fit for him; surely they used to hasten, one with another In deeds of goodness and to call upon Us, hoping and fearing and they were humble before Us.
Then We heard his prayer, and bestowed upon him John, and adjusted his wife (to bear a child) for him. Lo! they used to vie one with the other in good deeds, and they cried unto Us in longing and in fear, and were submissive unto Us.

So We answered his call, and We bestowed upon him Yahya, and cured his wife for him.

"She was barren and never had a child, then she gave birth.''

Verily, they used to hasten on to do good deeds,

means, acts of worship and acts of obedience towards Allah.

and they used to call on Us with hope and fear,

and they were Khashi`in before Us.

this means, sincerely believing in that which was revealed by Allah.

"Khushu` means the fear which should never leave our hearts.''

It was also reported from Mujahid that;

"the Khashi`in are those who are humble.''

"The Khashi`in are those who humble themselves before Allah.''

All of these suggestions are close in meaning.