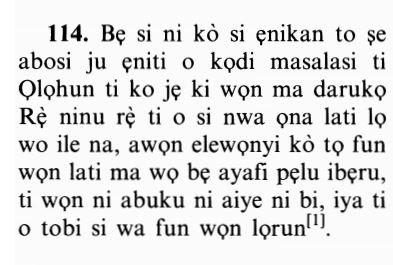 And who is more unjust than he who forbids that in places for the worship of Allah, Allah's name should be celebrated?-whose zeal is (in fact) to ruin them? It was not fitting that such should themselves enter them except in fear. For them there is nothing but disgrace in this world, and in the world to come, an exceeding torment.
And who is more unjust than he who prevents (men) from the masjids of Allah, that His name should be remembered in them, and strives to ruin them? (As for) these, it was not proper for them that they should have entered them except in fear; they shall meet with disgrace in this world, and they shall have great chastisement in the hereafter.
And who doth greater wrong than he who forbiddeth the approach to the sanctuaries of Allah lest His name should be mentioned therein, and striveth for their ruin. As for such, it was never meant that they should enter them except in fear. Theirs in the world is ignominy and theirs in the Hereafter is an awful doom.

(And who doth greater wrong than he who forbiddeth the approach to the sanctuaries of Allah lest His name should be mentioned thereinﾅ) [2:114]. This was revealed about Titus the Roman and his Christian army.
When the latter invaded the Children of Israel, they killed their soldiers, enslaved their women and children, burned the Torah, sacked Jerusalem and then threw carrions in it. This is the opinion of Ibn Abbas according to the narration of al-Kalbi. Qatadah and al-Suddi said: ﾓThis refers to Bukhtunassar and his army who conquered the Jews and destroyed Jerusalem. They were helped in this by the Roman Christiansﾔ. And Ibn Abbas said, according to the narration of Ataﾒ: ﾓThis verse was revealed about the idolaters of Mecca who prevented the Muslims from mentioning Allah in the Sacred Mosqueﾔ.