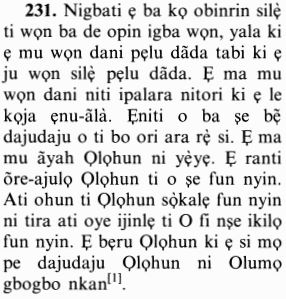 When ye divorce women, and they fulfil the term of their ('Iddat), either take them back on equitable terms or set them free on equitable terms; but do not take them back to injure them, (or) to take undue advantage; if any one does that; He wrongs his own soul. Do not treat Allah's Signs as a jest, but solemnly rehearse Allah's favours on you, and the fact that He sent down to you the Book and Wisdom, for your instruction. And fear Allah, and know that Allah is well acquainted with all things.
And when you divorce women and they reach their prescribed time, then either retain them in good fellowship or set them free with liberality, and do not retain them for injury, so that you exceed the limits, and whoever does this, he indeed is unjust to his own soul; and do not take Allah's communications for a mockery, and remember the favor of Allah upon you, and that which He has revealed to you of the Book and the Wisdom, admonishing you thereby; and be careful (of your duty to) Allah, and know that Allah is the Knower of all things.
When ye have divorced women, and they have reached their term, then retain them in kindness or release them in kindness. Retain them not to their hurt so that ye transgress (the limits). He who doeth that hath wronged his soul. Make not the revelations of Allah a laughing-stock (by your behaviour), but remember Allah's grace upon you and that which He hath revealed unto you of the Scripture and of wisdom, whereby He doth exhort you. Observe your duty to Allah and know that Allah is Aware of all things.

Being Kind to the Divorced Wife
Allah Says;
وَإِذَا طَلَّقْتُمُ النَّسَاء فَبَلَغْنَ أَجَلَهُنَّ فَأَمْسِكُوهُنَّ بِمَعْرُوفٍ أَوْ سَرِّحُوهُنَّ بِمَعْرُوفٍ ...
And when you have divorced women and they have fulfilled the term of their prescribed period, either take them back on a reasonable basis or set them free on a reasonable basis. This is a command from Allah to men that when one of them divorces his wife with a reversible divorce, he should treat her kindly. So when her term of Iddah (waiting period) nears its end, he either takes her back in a way that is better, including having witnesses that he has taken her back, and he lives with her with kindness. Or, he should release her after her Iddah finishes and then kindly asks her to depart from his house, without disputing, fighting with her or using foul words.
Allah then said:
... وَلاَ تُمْسِكُوهُنَّ ضِرَارًا لَّتَعْتَدُواْ ...
But do not take them back to hurt them,
Ibn Abbas, Mujahid, Masruq, Al-Hasan, Qatadah, Ad-Dahhak, Ar-Rabi and Muqatil bin Hayyan said that; a man used to divorce his wife, and when her Iddah came near its end, he would take her back to harm her and to stop her from marrying someone else. He then divorced her and she would begin her Iddah and when her Iddah term neared its end, he would take her back again, so that the term of Iddah would be prolonged for her. After that, Allah prohibited this practice.
Allah has also threatened those who indulge in such practices, when He said;
... وَمَن يَفْعَلْ ذَلِكَ فَقَدْ ظَلَمَ نَفْسَهُ ...
...and whoever does that, then he has wronged himself.
meaning, by defying Allah's commandments.
Allah then said:
... وَلاَ تَتَّخِذُوَاْ آيَاتِ اللّهِ هُزُوًا ...
And treat not the verses (Laws) of Allah in a jest,
Ibn Jarir said that Abu Musa (Al-Ashari) narrated that;
Allah's Messenger once became angry at the Ashari tribe. Abu Musa went to him and said, "O Messenger of Allah! Are you angry with the Ash`ariyyin'' The Prophet said:
يَقُولُ أَحَدُكُمْ: قَدْ طَلَّقْتُ، قَدْ رَاجَعْتُ، لَيْسَ هَذَا طَلَاقُ الْمُسْلِمِينَ، طَلِّقُوا الْمَرْأَةَ فِي قُبُلِ عِدَّتِهَا
One of you says, `I divorced her' -then says- `I took her back!' This is not the appropriate way Muslims conduct divorce. Divorce the woman when she has fulfilled the term of the prescribed period.
Masruq said that; the Ayah refers to the man who harms his wife by divorcing her and then taking her back, so that the Iddah term is prolonged for her.
Al-Hasan, Qatadah, Ata Al-Khurasani, Ar-Rabi and Muqatil bin Hayyan said,
"He is the man who divorces his wife and says, `I was joking.' Or he frees a servant or gets married and says, `I was only joking.' Allah revealed: وَلاَ تَتَّخِذُوَاْ آيَاتِ اللّهِ هُزُوًا (And treat not the verses (Laws) of Allah in a jest). Then such men were made to bear the consequences of their actions.
Allah then said:
... وَاذْكُرُواْ نِعْمَتَ اللّهِ عَلَيْكُمْ ...
...but remember Allah's favors on you, meaning, by His sending His Messenger with the right guidance and clear signs to you.
... وَمَا أَنزَلَ عَلَيْكُمْ مِّنَ الْكِتَابِ وَالْحِكْمَةِ ...
...and that which He has sent down to you of the Book (i.e., the Qur'an) and Al-Hikmah) (meaning the Sunnah),
... يَعِظُكُم بِهِ ...
...whereby He instructs you.
meaning, commands you, forbids you and threatens you for transgressing His prohibitions.
Allah said:
... وَاتَّقُواْ اللّهَ ...
And fear Allah, meaning, concerning what you perform and what you avoid.
... وَاعْلَمُواْ أَنَّ اللّهَ بِكُلِّ شَيْءٍ عَلِيمٌ ﴿٢٣١﴾
and know that Allah is All-Aware of everything.
none of your secret or public affairs ever escapes His knowledge, and He will treat you accordingly.