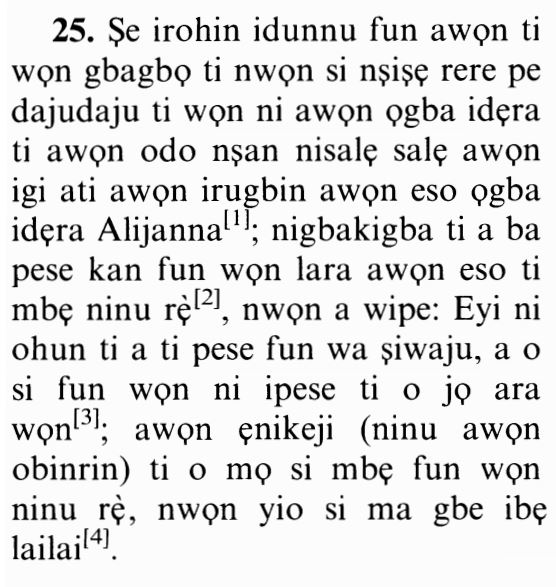 But give glad tidings to those who believe and work righteousness, that their portion is Gardens, beneath which rivers flow. Every time they are fed with fruits therefrom, they say: "Why, this is what we were fed with before," for they are given things in similitude; and they have therein companions pure (and holy); and they abide therein (for ever).
And convey good news to those who believe and do good deeds, that they shall have gardens in which rivers flow; whenever they shall be given a portion of the fruit thereof, they shall say: This is what was given to us before; and they shall be given the like of it, and they shall have pure mates in them, and in them, they shall abide.
And give glad tidings (O Muhammad) unto those who believe and do good works; that theirs are Gardens underneath which rivers flow; as often as they are regaled with food of the fruit thereof, they say: this is what was given us aforetime; and it is given to them in resemblance. There for them are pure companions; there for ever they abide.

After mentioning the torment that Allah has prepared for His miserable enemies who disbelieve in Him and in His Messengers, He mentions the condition of His happy, loyal friends who believe in Him and in His Messengers, adhere to the faith and perform the good deeds. This is the reason why the Qur'an was called Mathani, based on the correct opinion of the scholars. We will elaborate upon this subject later.

As for mentioning similar things, it is called Tashabbuh, as we will come to know, Allah willing.

And give glad tidings to those who believe and do righteous good deeds, that for them will be Gardens under which rivers flow (Paradise),

Consequently, Allah stated that Paradise has rivers that run beneath it, meaning, underneath its trees and rooms.

From Hadiths it is learned that the rivers of Paradise do not run in valleys, and that the banks of Al-Kawthar (the Prophet's lake in Paradise) are made of domes of hollow pearls, the sand of Paradise is made of scented musk while its stones are made from pearls and jewels. We ask Allah to grant Paradise to us, for verily, He is the Most Beneficent, Most Gracious.

The rivers of Paradise spring from beneath hills, or mountains of musk.

He also reported from Masruq that Abdullah said,

"The rivers of Paradise spring from beneath mountains of musk.''

The similarity between the Fruits of Paradise

"The grass of Paradise is made of saffron, its hills from musk and the boys of everlasting youth will serve the believers with fruits which they will eat. They will then be brought similar fruits, and the people of Paradise will comment, `This is the same as what you have just brought us.' The boys will say to them, `Eat, for the color is the same, but the taste is different.

and they will be given things in resemblance."

Abu Jafar Ar-Razi narrated that Ar-Rabi bin Anas said that Abu Al-Aliyah said that, وَأُتُواْ بِهِ مُتَشَابِهاً (and they will be given things in resemblance) means,

"They look like each other, but the taste is different.''

Also, Ikrimah said, وَأُتُواْ بِهِ مُتَشَابِهاً (and they will be given things in resemblance),

"Nothing in Paradise resembles anything in the life of this world, except in name.''

In another narration, Ibn Abbas said,

"Only the names are similar between what is in this life and what is in Paradise.''

The Wives of the People of Paradise are Pure

"Purified from filth and impurity.''

"From menstruation, relieving the call of nature, urine, spit, semen and pregnancies.''

"Purified from impurity and sin.''

In another narration, he said,

"From menstruation and pregnancies.''

and they will abide therein forever.

meaning ultimate happiness, for the believers will enjoy everlasting delight, safe from death and disruption of their bliss, for it never ends or ceases.

We ask Allah to make us among these believers, for He is the Most Generous, Most Kind and Most merciful.