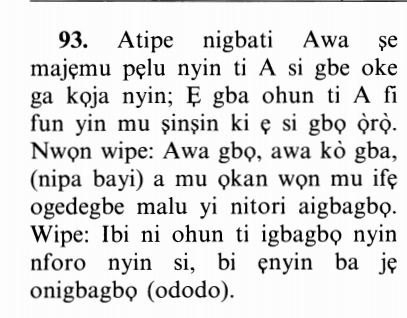 And remember We took your covenant and We raised above you (the towering height) of Mount (Sinai): (Saying): "Hold firmly to what We have given you, and hearken (to the Law)": They said:" We hear, and we disobey:" And they had to drink into their hearts (of the taint) of the calf because of their Faithlessness. Say: "Vile indeed are the behests of your Faith if ye have any faith!"
And when We made a covenant with you and raised the mountain over you: Take hold of what We have given you with firmness and be obedient. They said: We hear and disobey. And they were made to imbibe (the love of) the calf into their hearts on account of their unbelief Say: Evil is that which your belief bids you if you are believers.
And when We made with you a covenant and caused the Mount to tower above you, (saying): Hold fast by that which We have given you, and hear (Our Word), they said: We hear and we rebel. And (worship of) the calf was made to sink into their hearts because of their rejection (of the covenant). Say (unto them): Evil is that which your belief enjoineth on you, if ye are believers.

And (remember) when We took your covenant and We raised above you the Mount (saying), "Hold firmly to what We have given you and hear (Our Word).''

Allah reminded the Jews of their errors, breaking His covenant, transgression and defiance, when He raised Mount Tur above them so that they would believe and agree to the terms of the covenant. Yet, they broke it soon afterwards.

They said, "We have heard and disobeyed.''

We have mentioned the Tafsir of this subject before.

And their hearts absorbed (the worship of) the calf,

Abdur-Razzaq said that Ma`mar narrated that Qatadah said that it,

means, "They absorbed its love, until its love resided in their hearts.''

This is also the opinion of Abu Al-Aliyah and Ar-Rabi bin Anas.

Say: "Worst indeed is that which your faith enjoins on you if you are believers.''

means, "Worse yet is the manner in which you behaved in the past and even now, disbelieving in Allah's Ayat and defying the Prophets. You also disbelieved in Muhammad, which is the worst of your deeds and the harshest sin that you committed. You disbelieved in the Final Messenger and the master of all Prophets and Messengers, the one who was sent to all mankind. How can you then claim that you believe, while committing the evil of breaking Allah's covenant, disbelieving in Allah's Ayat and worshipping the calf instead of Allah"