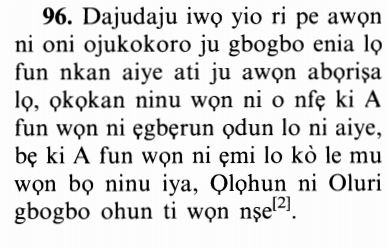 Thou wilt indeed find them, of all people, most greedy of life,-even more than the idolaters: Each one of them wishes He could be given a life of a thousand years: But the grant of such life will not save him from (due) punishment. For Allah sees well all that they do.
And you will most certainly find them the greediest of men for life (greedier) than even those who are polytheists; every one of them loves that he should be granted a life of a thousand years, and his being granted a long life will in no way remove him further off from the chastisement, and Allah sees what they do.
And thou wilt find them greediest of mankind for life and (greedier) than the idolaters. (Each) one of them would like to be allowed to live a thousand years. And to live (a thousand years) would be no means remove him from the doom. Allah is Seer of what they do.

Disbelievers wish They could live longer

This is why Allah said next,

But they will never long for it because of what their hands have sent before them (i.e. what they have done). And Allah is Aware of the Zalimin. And verily, you will find them (the Jews) the greediest of mankind for life.

meaning, greedy to live longer, because they know their evil end, and the only reward they will have with Allah is total loss. This life is a prison for the believer and Paradise for the disbeliever. Therefore, the People of the Book wish they could delay the Hereafter, as much as possible. However, they shall certainly meet what they are trying to avoid, even if they are more eager to delay the Hereafter than the polytheists who do not have a divine book.

and (even greedier) than those who ascribe partners to Allah. One of them wishes that he could be given a life of a thousand years.

But the grant of such life will not save him even a little from (due) punishment.

"Long life shall not save them from torment. Certainly, the polytheists do not believe in resurrection after death, and they would love to enjoy a long life. The Jews know the humiliation they will suffer in the Hereafter for knowingly ignoring the truth.''

And Allah is Seer of what they do.

meaning, "Allah knows what His servants are doing, whether good or evil, and will compensate each of them accordingly.''