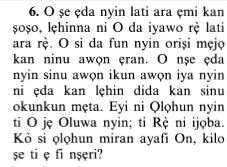 He created you (all) from a single person;

means, He created you, with all your varied races, types, languages and colors, from a single soul, who was Adam, peace be upon him.

then made from him his wife.

who was Hawwa', peace be upon her.

Have Taqwa of your Lord, Who created you from a single person, and from him He created his wife, and from them both He created many men and women. (4:1)

And He has sent down for you of cattle eight pairs.

means, He has created for you from among the cattles, eight pairs. These are the ones that are mentioned in Surah Al-An`am, eight kinds -- a pair of sheep, a pair of goats, a pair of camels and a pair of oxen.

He creates you in the wombs of your mothers,

means, He forms you in your mothers' wombs.

in three veils of darkness,

This was the view of Ibn Abbas, may Allah be pleased with him, Mujahid, Ikrimah, Abu Malik, Ad-Dahhak, Qatadah, As-Suddi and Ibn Zayd.

Such is Allah your Lord.

means, the One Who created the heavens and the earth and everything in between, and created you and your forefathers, is the Lord.

His is the kingdom,

i.e. To Him belong sovereignty and control over all of that.

means, no one else should be worshipped except Him alone with no partner or associate.

How then are you turned away?

means, how can you worship anything besides Him? What has happened to your minds?