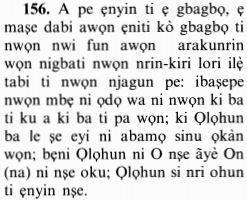 Prohibiting the Ideas of the Disbeleivers about Death and Predestination

Allah forbids His believing servants from the disbelievers' false creed, seen in their statement about those who died in battle and during travel; "Had they abandoned these trips, they would not have met their demise.''

O you who believe! Be not like those who disbelieve (hypocrites) and who say to their brethren,

about their dead brethren,

when they travel through the earth,

for the purpose of trading and otherwise,

or go out to fight,

"If they had stayed with us,''

"they would not have died or been killed,''

they would not have died while traveling or been killed in battle.

so that Allah may make it a cause of regret in their hearts.

means, Allah creates this evil thought in their hearts so that their sadness and the grief they feel for their loss would increase.

Allah refuted them by saying,

It is Allah that gives life and causes death.

for the creation is under Allah's power, and the decision is His Alone. No one lives or dies except by Allah's leave, and no one's life is increased or decreased except by His decree.

And Allah is All-Seer of what you do.

for His knowledge and vision encompasses all His creation and none of their affairs ever escapes Him.