CHRISTIANS, DAY OF RISING (THE HOUR), DIFFERENCE, ISA (AS) (JESUS) 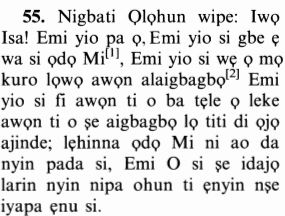 Meaning of "Take You"

I will take you and raise you to Myself,

while you are asleep.

Allah said in a similar Ayat,

It is Allah Who takes away the souls at the time of their death, and those that die not during their sleep. (39:42)

The Messenger of Allah used to recite the following words when he would awaken;

All the thanks are due to Allah Who brought us back to life after He had caused us to die (sleep), and the Return is to Him.

And because of their saying, "We killed Al-Masih `Isa, son of Maryam, the Messenger of Allah,'' but they killed him not, nor crucified him, but it appeared as that to them, and those who differ therein are full of doubts. They have no (certain) knowledge, they follow nothing but conjecture. For surely; they killed him not.

But Allah raised him up unto Himself. And Allah is Ever All-Powerful, All-Wise.

And there is none of the People of the Scripture, but must believe in him, before his death. And on the Day of Resurrection, he will be a witness against them. (4:156-159)

`His death' refers to `Isa, and the Ayah means that;

the People of the Book will believe in `Isa, before `Isa dies. This will occur when `Isa comes back to this world before the Day of Resurrection, as we will explain.

By that time, all the People of the Book will believe in `Isa, for he will annul the Jizyah and he will only accept Islam from people.

Ibn Abi Hatim recorded that Al-Hasan said that Allah's statement, إِنِّي مُتَوَفِّيكَ (I will take you),

is in reference to sleep, for Allah raised `Isa while he was asleep.

Altering the Religion of `Isa

And purify (save) you from those who disbelieve,

by raising you to heaven,

And I will make those who follow you superior to those who disbelieve, till the Day of Resurrection.

This is what happened. When Allah raised `Isa to heaven, his followers divided into sects and groups.

Some of them believed in what Allah sent `Isa as, a servant of Allah, His Messenger, and the son of His female-servant.

However, some of them went to the extreme over `Isa, believing that he was the son of Allah.

Some of them said that `Isa was Allah Himself, while others said that he was one of a Trinity.

Allah mentioned these false creeds in the Qur'an and refuted them.

The Christians remained like this until the third century CE, when a Greek king called, Constantine, became a Christian for the purpose of destroying Christianity.

Constantine was either a philosopher, or he was just plain ignorant. Constantine changed the religion of `Isa by adding to it and deleting from it. He established the rituals of Christianity and the so-called Great Trust, which is in fact the Great Treachery. He also allowed them to eat the meat of swine, changed the direction of the prayer that `Isa established to the east, built churches for `Isa, and added ten days to the fast as compensation for a sin that he committed, as claimed. So the religion of `Isa became the religion of Constantine, who built more then twelve thousand churches, temples and monasteries for the Christians as well as the city that bears his name, Constantinople (Istanbul).

Throughout this time, the Christians had the upper hand and dominated the Jews. Allah aided them against the Jews because they used to be closer to the truth than the Jews, even though both groups were and still are disbelievers, may Allah's curse descend on them.

When Allah sent Muhammad, those who believed in him also believed in Allah, His Angels, Books and Messengers in the correct manner. So they were the true followers of every Prophet who came to earth. They believed in the unlettered Prophet, the Final Messenger and the master of all mankind, who called them to believe in the truth in its entirety. This is why they had more right to every Prophet than his own nation, especially those who claim to follow their Prophet's way and religion, yet change and alter his religion.

Furthermore, Allah abrogated all the laws that were sent down to the Prophets with the Law. He sent Muhammad with, which consists of the true religion that shall never change or be altered until the commencement of the Last Hour. Muhammad's religion shall always be dominant and victorious over all other religions. This is why Allah allowed Muslims to conquer the eastern and western parts of the world and the kingdoms of the earth.

Furthermore, all countries submitted to them; they demolished Kisra (king of Persia) and destroyed the Czar, ridding them of their treasures and spending these treasures for Allah's sake. All this occurred just as their Prophet told them it would, when he conveyed Allah's statement,

Allah has promised those among you who believe and do righteous good deeds, that He will certainly grant them succession in the land, as He granted it to those before them, and that He will grant them the authority to practice their religion which He has chosen for them. And He will surely give them in exchange a safe security after their fear (provided) they worship Me and do not associate anything with Me. (24:55)

Therefore, Muslims are the true believers in `Isa.

The Muslims then acquired Ash-Sham from the Christians, causing them to evacuate to Asia Minor, to their fortified city in Constantinople. The Muslims will be above them until the Day of Resurrection. Indeed, he, Muhammad, who is truthful and who received the true news, has conveyed to Muslims that they will conquer Constantinople in the future, and seize its treasures.

Threatening the Disbelievers with Torment in This Life and the Hereafter