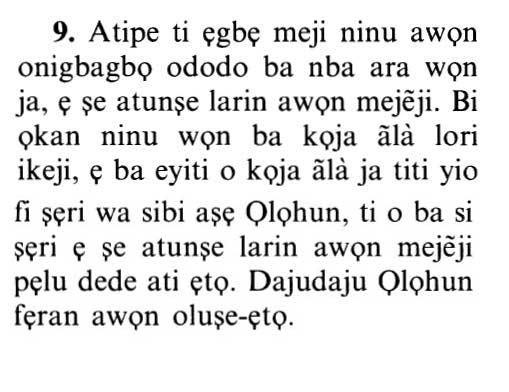 (And if two parties of believers fall to fighting, then make peace between themﾅ) [49:9]. Muhammad ibn Ahmad ibn Jafar al-Nahwi informed us> Muhammad ibn Ahmad ibn Sinan al-Muqriﾒ> Ahmad ibn Ali al-Mawsili> Ishaq ibn Abi Israﾒil> Mutamir ibn Sulayman> his father> Anas who related: ﾓI said: O Prophet of
Allah, why do you not visit Abd Allah ibn Ubayy?ﾒ The Prophet, Allah bless him and give him peace, decided to go and visit him. He mounted an ass and the Muslims walked with him. It happened that the ground was full of manure. So when the Prophet, Allah bless him and give him peace, reached Abd Allah ibn Ubayy, the latter said: Keep away from me, the staunch of your ass is offending meﾒ. A man from the Helpers said to him: By Allah, the ass of the Messenger of Allah, Allah bless him and give him peace, smells better than youﾒ. One of the men of Abd Allah ibn Ubayy got angry; then the men of both parties became angry
because of what was said. They exchanged blows and hurled leafless palm leaves and sandals at each others. We heard that it is about them that (And if two parties of believers fall to fightingﾅ) was revealedﾔ.
This was narrated by Bukhari from Musaddid and by Muslim from Muhammad ibn Abd al-Ala; both Musaddid and Muhammad ibn Abd al-Ala related it from al-Mutamir.

Allah commands making peace between Muslims that fight each other,

And if two parties among the believers fall to fighting, then make peace between them both.

Therefore, Allah calls both opposing groups among Muslims, believers, although they are fighting each other. Al-Bukhari and other scholars relied on this Hadith as evidence that committing a sin does not nullify faith, no matter how major the sin is. This creed contradicts the creed of the Khawarij sect and those who accepted their idea, such as the Mutazilah sect.

the Messenger of Allah gave a speech on the Minbar while Al-Hasan bin Ali was with him. He was repeatedly looking at Al-Hasan and then at the people; then said,

Verily, this son of mine is a Sayyid (chief or master), and may Allah make peace between two great groups of Muslims through him.

What the Prophet said, occurred. Al-Hasan brought peace between the people of Ash-Sham and Iraq, after they fought tremendous wars and frightening battles.

But if one of them outrages against the other, then fight you (all) against the one that which outrages till it complies with the command of Allah.

means, until the rebellious group refers to the commands of Allah and His Messenger for judgement and they listen to and obey the truth.

There is a Hadith in the Sahih in which Anas states that the Messenger of Allah said,

Help your brother, whether he is an oppressor or he is oppressed.

By preventing him from oppressing others; this is how you help him in this case.''

Sa`id bin Jubayr said that tribes of Aws and Khazraj once got in a scuffle using date tree branches and slippers. Allah revealed this honorable Ayah commanding them to make peace between them.

"A man from Al-Ansar, whose name was Imran, had a wife called Umm Zayd. She wanted to visit her family, but her husband prevented her from visiting them by locking her in an upper room. So, none of her family could visit or see her. She sent someone to her family. They came, took her down from the room and wanted to take her away. Her husband was absent at the time, so his family called on their people. Their cousins came to help prevent the wife from going with her family. A push and shove situation occurred that led to them fighting using slippers.

This Ayah was then revealed in their case, and the Messenger of Allah sent someone to bring peace between them, and they both agreed to resort to the decision of Allah the Exalted.''

The statement of Allah the Exalted, next,

Then if it complies, then make reconciliation between them justly, and be equitable. Verily, Allah loves those who are the equitable.

means, be fair in your judgement regarding the dispute that occurred between them,

Verily, those who are equitable in this life, will be on podiums made of pearls before Ar-Rahman, the Exalted and Most Honored, on account of their fairness in this life.