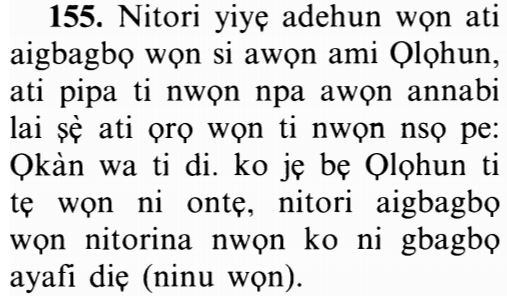 (They have incurred divine displeasure): In that they broke their covenant; that they rejected the signs of Allah; that they slew the Messengers in defiance of right; that they said, "Our hearts are the wrappings (which preserve Allah's Word; We need no more)";- Nay, Allah hath set the seal on their hearts for their blasphemy, and little is it they believe;-
Therefore, for their breaking their covenant and their disbelief in the communications of Allah and their killing the prophets wrongfully and their saying: Our hearts are covered; nay! Allah set a seal upon them owing to their unbelief, so they shall not believe except a few.
Then because of their breaking of their covenant, and their disbelieving in the revelations of Allah, and their slaying of the prophets wrongfully, and their saying: Our hearts are hardened - Nay, but Allah set a seal upon them for their disbelief, so that they believe not save a few -

The Crimes of the Jews

Because of their breaking the covenant, and their rejecting the Ayat of Allah,

The sins mentioned here are among the many sins that the Jews committed, which caused them to be cursed and removed far away from right guidance. The Jews broke the promises and vows that Allah took from them, and also rejected Allah's Ayat, meaning His signs and proofs, and the miracles that they witnessed at the hands of their Prophets.

and their killing the Prophets unjustly,

because their many crimes and offenses against the Prophets of Allah, for they killed many Prophets, may Allah's peace be upon them

and their saying: "Our hearts are Ghulf,''

This is similar to the what the idolators said,

And they say: "Our hearts are under coverings (screened) from that to which you invite us.'' (41:5)

nay, Allah has set a seal upon their hearts because of their disbelief,

It is as if they had given an excuse that their hearts do not understand what the Prophet says since their hearts are wrapped with coverings, so they claim.

Allah said that their hearts are sealed because of their disbelief, as we mentioned before in the explanation of Surah Al-Baqarah.

so they believe not but a little.

for their hearts became accustomed to Kufr, transgression and weak faith.