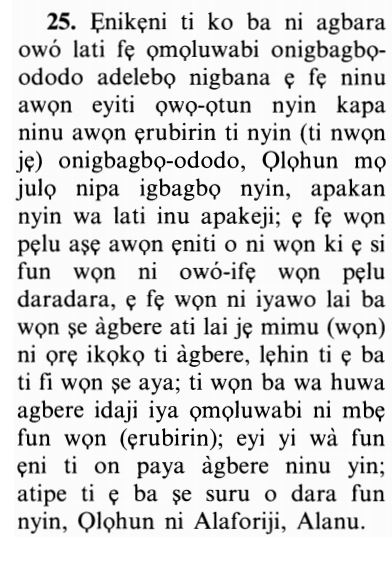 If any of you have not the means wherewith to wed free believing women, they may wed believing girls from among those whom your right hands possess: And Allah hath full knowledge about your faith. Ye are one from another: Wed them with the leave of their owners, and give them their dowers, according to what is reasonable: They should be chaste, not lustful, nor taking paramours: when they are taken in wedlock, if they fall into shame, their punishment is half that for free women. This (permission) is for those among you who fear sin; but it is better for you that ye practise self-restraint. And Allah is Oft-forgiving, Most Merciful.
And whoever among you has not within his power ampleness of means to marry free believing women, then (he may marry) of those whom your right hands possess from among your believing maidens; and Allah knows best your faith: you are (sprung) the one from the other; so marry them with the permission of their masters, and give them their dowries justly, they being chaste, not fornicating, nor receiving paramours; and when they are taken in marriage, then if they are guilty of indecency, they shall suffer half the punishment which is (inflicted) upon free women. This is for him among you who fears falling into evil; and that you abstain is better for you, and Allah is Forgiving, Merciful.
And whoso is not able to afford to marry free, believing women, let them marry from the believing maids whom your right hands possess. Allah knoweth best (concerning) your faith. Ye (proceed) one from another; so wed them by permission of their folk, and give unto them their portions in kindness, they being honest, not debauched nor of loose conduct. And if when they are honourably married they commit lewdness they shall incur the half of the punishment (prescribed) for free women (in that case). This is for him among you who feareth to commit sin. But to have patience would be better for you. Allah is Forgiving, Merciful.

Marrying a Female Slave, if One Cannot Marry a Free Woman

And whoever of you have not,

Allah said, those who do not have,

They may wed believing girls from among those whom your right hands possess,

meaning, they are allowed to wed believing slave girls owned by the believers.

and Allah has full knowledge about your faith; you are one from another.

Allah knows the true reality and secrets of all things, but you people know only the apparent things.

Wed them with the permission of their own folk,

Any male slave who marries without permission from his master, is a fornicator.

The woman does not give away another woman, or herself in marriage, for only the adulteress gives herself away in marriage.

And give them their due in a good manner;

meaning, pay them their dowry with a good heart, and do not keep any of it, belittling the matter due to the fact that they are owned slaves.

they should be chaste,

means, they are honorable women who do not commit adultery, and this is why Allah said,

referring to dishonorable women, who do not refrain from illicit sexual relations with those who ask.

the fornicating women are the whores, who do not object to having relations with whomever seeks it, while,

And after they have been taken in wedlock, if they commit Fahishah, their punishment is half of that for free (unmarried) women.

this is about the slave women who got married, as indicated by the Ayah;

And whoever of you have not the means wherewith to wed free believing women, they may wed believing girls from among those whom your right hands possess.

their punishment is half of that for free (unmarried) women.

indicates that the type of punishment prescribed here is the one that can be reduced to half, lashes in this case, not stoning to death, and Allah knows best.

This is for him among you who is afraid of being harmed in his religion or in his body;

indicates that marrying slave girls, providing one satisfies the required conditions, is for those who fear for their chastity and find it hard to be patient and refrain from sex.

In this difficult circumstance, one is allowed to marry a slave girl. However, it is better to refrain from marrying slave girls and to observe patience, for otherwise, the offspring will become slaves to the girl's master.

but it is better for you that you practice self-restraint, and Allah is Oft-Forgiving, Most Merciful.