COMMAND, COMPANION, CURSE, GOSPEL, THE (INJIL), SABBATH (THE BAN OF THE SABBATH), TORAH 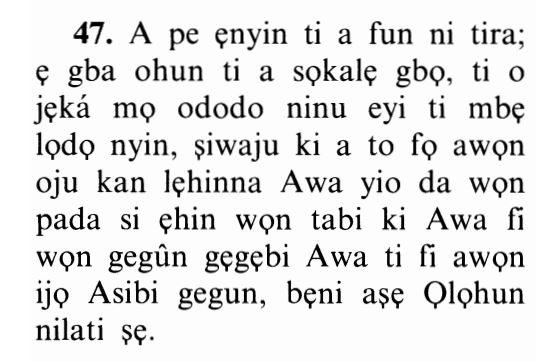 O ye People of the Book! believe in what We have (now) revealed, confirming what was (already) with you, before We change the face and fame of some (of you) beyond all recognition, and turn them hindwards, or curse them as We cursed the Sabbath-breakers, for the decision of Allah Must be carried out.
O you who have been given the Book! believe that which We have revealed, verifying what you have, before We alter faces then turn them on their backs, or curse them as We cursed the violaters of the Sabbath, and the command of Allah shall be executed.
O ye unto whom the Scripture hath been given! Believe in what We have revealed confirming that which ye possess, before We destroy countenances so as to confound them, or curse them as We cursed the Sabbath-breakers (of old time). The commandment of Allah is always executed.

Calling the People of the Book to Embrace the Faith, Warning them Against Doing Otherwise

O you who have been given the Scripture (Jews and Christians)! Believe in what We have revealed confirming what is with you,

Allah commands the People of the Scriptures to believe in what He has sent down to His servant and Messenger, Muhammad, the Glorious Book that conforms to the good news that they already have about Muhammad.

He also warns them,

before We efface faces and turn them backwards

meaning, We put their faces on their backs, and make them walk backwards, since their eyes will be in their backs.

Similar was said by Qatadah and Atiyah Al-Awfi.

This makes the punishment even more severe, and it is a parable that Allah set for ignoring the truth, preferring the wrong way and turning away from the plain path for the paths of misguidance. Therefore, such people walk backwards.

Similarly, some said that Allah's statement,

(Verily, We have put on their necks iron collars reaching to the chins, so that their heads are raised up. And We have put a barrier before them) (36:8-9) that is a parable that Allah gave for their deviation and hindrance from guidance.

Isa bin Al-Mughirah said: We were with Ibrahim when we talked about the time when Ka`b became Muslim.

He said, `Ka`b became Muslim during the reign of Umar, for he passed by Al-Madinah intending to visit Jerusalem, and Umar said to him, "Embrace Islam, O Ka`b.'

Umar left him alone and Ka`b went on to Hims (in Syria) and heard one of its inhabitants recite this Ayah while feeling sad,

O you who have been given the Scripture (Jews and Christians)! Believe in what We have revealed confirming what is with you, before We efface faces and turn them backwards.

Ka`b said, `I believe, O Lord! I embraced Islam, O Lord!' for He feared that this might be struck by this threat.

He then went back to his family in Yemen and returned with them all as Muslims.''

or curse them as We cursed the people of the Sabbath. r

efers to those who breached the sanctity of the Sabbath, using deceit, for the purpose of doing more work. Allah changed these people into apes and swine, as we will come to know in the explanation of Surah Al-A`raf.

And the commandment of Allah is always executed.

means, when He commands something, then no one can dispute or resist His command.