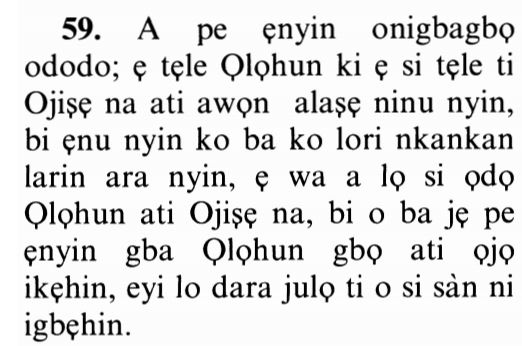 (O ye who believe! Obey Allah, and obey the messenger and those of you who are in authorityﾅ) [4:59]. Abu Abd al-Rahman ibn Abu Hamid al-Adl informed us> Abu Bakr ibn Abi Zakariyya al-Hafiz> Abu Hamid ibn al-Sharqi> Muhammad ibn Yahya> Hajjaj ibn Muhammad> Ibn Jurayj> Yala ibn Muslim> Said ibn
Jubayr> Ibn Abbas that he said regarding the saying of Allah, exalted is He, (O ye who believe! Obey Allah, and obey the messenger and those of you who are in authority): ﾓIt was revealed about Hudhafah ibn Qays ibn Adiyy who was sent by the Messenger of Allah, Allah bless him and give him peace, in a military expeditionﾔ.
This was narrated by Bukhari from Sadaqah ibn al-Fadl and also by Muslim from Zuhayr ibn Harb and both transmitter related it from Hajjaj. Said Ibn Abbas, according to the narration of Badhan: ﾓThe Messenger of Allah, Allah bless him and give him peace, sent Khalid ibn al-Walid in a military expedition to one of the Arab clans. He was accompanied in this expedition by Ammar ibn Yasir.
When he drew closer to them at night, he stopped to camp in order to try to conquer them the following morning. Meanwhile this clan was warned about the approaching military expedition which made them flee the area, except for one man who was a Muslim.
This man asked his family to get ready to move and then he went to the camp of Khalid and entered in on Ammar. He said to him: O Abuﾒl-Yaqzan! I am one of you. But my people ran away when they heard you were coming. I stayed because I am Muslim. Is this of any benefit to me, or shall I flee as my people did?ﾒ Ammar said: Stay, for it is beneficial to youﾒ.
The man returned to his family and told them to stay. The following morning, Khalid invaded the clan but found no one except this man, and so he imprisoned him and seized his property. Ammar went to him and said: Let the man go, for he is a Muslim and I have already given him amnesty and told him to stayﾒ. Khalid said: You give protection from me to others while I am the leader!ﾒ Ammar said: Yes, I give protection from you to others while you are the leaderﾒ.
And they exchanged angry words. Then they both went to the Prophet, Allah bless him and givehim peace, and informed him about the man. The Prophet, Allah bless him and give him peace, gave the man amnesty, sanctioned the amnesty that Ammar had given to the man and then forbade him from giving amnesty to anyone in the future without the express permission of his leader.
Ammar and Khalid insulted each other in the presence of Allahﾒs Messenger, Allah bless him and give him peace, and when Ammar spoke very rudely to Khalid, the latter became very angry and said: O Messenger of Allah, will you allow this slave to insult me? By Allah, if it were not for you, he would not insult meﾒ. Ammar, by the way, was a client of Hashim ibn al-Mughirah. The Messenger of Allah, Allah bless him and give him peace, said: O Khalid, leave Ammar alone, for whoever insults Ammar, Allah will insult him, and whoever hates Ammar, Allah will hate himﾒ. Upon which Ammar left. Khalid followed him, and held him by his cloak and asked him to forgive him, which he did. Allah, exalted is He, then revealed this verse, enjoining obedience to those who are in authorityﾔ.

The Necessity of Obeying the Rulers in Obedience to Allah

Obey Allah and obey the Messenger, and those of you who are in authority.

the Ayah, "Was revealed about Abdullah bin Hudhafah bin Qays bin Adi, who the Messenger of Allah sent on a military expedition.''

This statement was collected by the Group, with the exception of Ibn Majah. At-Tirmidhi said, "Hasan, Gharib''.

He said, `Collect some wood,' and then he started a fire with the wood, saying, `I command you to enter the fire.'

When they went back to Allah's Messenger, they told him what had happened, and the Messenger said,

Had you entered it, you would never have departed from it. Obedience is only in righteousness.''

The Muslim is required to hear and obey in that which he likes and dislikes, unless he was commanded to sin. When he is commanded with sin, then there is no hearing or obeying.

"We gave our pledge to Allah's Messenger to hear and obey (our leaders), while active and otherwise, in times of ease and times of difficulty, even if we were deprived of our due shares, and to not dispute this matter (leadership) with its rightful people.

Except when you witness clear Kufr about which you have clear proof from Allah.''

Another Hadith narrated by Anas states that the Messenger of Allah said,

Hear and obey (your leaders), even if an Ethiopian slave whose head is like a raisin, is made your chief.

Umm Al-Husayn said that she heard the Messenger of Allah giving a speech during the Farewell Hajj, in which he said;

Even if a slave was appointed over you, and he rules you with Allah's Book, then listen to him and obey him.

In another narration with Muslim, the Prophet said,

Even if an Ethiopian slave, whose nose was mutilated...

In the Two Sahihs, it is recorded that Abu Hurayrah said that the Messenger of Allah said,

adhere to His Book.

and obey the Messenger,

adhere to his Sunnah.

And those of you who are in authority.

Obedience is only in righteousness.

The Necessity of Referring to the Qur'an and Sunnah for Judgment

(And) if you differ in anything amongst yourselves, refer it to Allah and His Messenger.

Mujahid and several others among the Salaf said that the Ayah means,

"(Refer) to the Book of Allah and the Sunnah of His Messenger.''

This is a command from Allah that whatever areas the people dispute about, whether major or minor areas of the religion, they are required to refer to the Qur'an and Sunnah for judgment concerning these disputes. In another Ayah, Allah said,

And in whatsoever you differ, the decision thereof is with Allah. (42:10)

Therefore, whatever the Book and Sunnah decide and testify to the truth of, then it, is the plain truth. What is beyond truth, save falsehood.

if you believe in Allah and in the Last Day.

meaning, refer the disputes and conflicts that arise between you to the Book of Allah and the Sunnah of His Messenger for judgment.

Allah's statement, إِن كُنتُمْ تُؤْمِنُونَ بِاللّهِ وَالْيَوْمِ الآخِرِ (if you believe in Allah and in the Last Day), indicates that those who do not refer to the Book and Sunnah for judgment in their disputes, are not believers in Allah or the Last Day.

meaning, referring to the Book of Allah and the Sunnah of His Messenger for judgment in various disputes is better.

and more suitable for final determination.

As-Suddi and several others have stated,

meaning, "Has a better end and destination.''