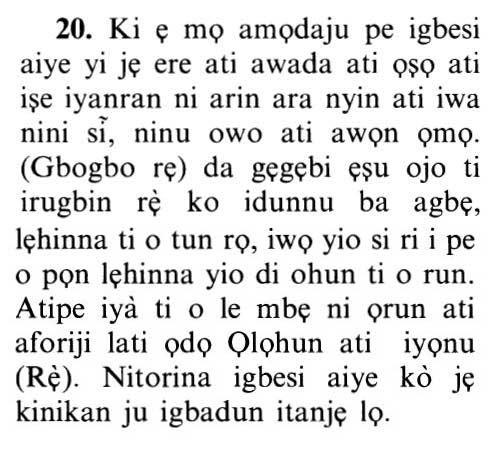 Know ye (all), that the life of this world is but play and amusement, pomp and mutual boasting and multiplying, (in rivalry) among yourselves, riches and children. Here is a similitude: How rain and the growth which it brings forth, delight (the hearts of) the tillers; soon it withers; thou wilt see it grow yellow; then it becomes dry and crumbles away. But in the Hereafter is a Penalty severe (for the devotees of wrong). And Forgiveness from Allah and (His) Good Pleasure (for the devotees of Allah). And what is the life of this world, but goods and chattels of deception?
Know that this world's life is only sport and play and gaiety and boasting among yourselves, and a vying in the multiplication of wealth and children, like the rain, whose causing the vegetation to grow, pleases the husbandmen, then it withers away so that you will see it become yellow, then it becomes dried up and broken down; and in the hereafter is a severe chastisement and (also) forgiveness from Allah and (His) pleasure; and this world's life is naught but means of deception.
Know that the life of the world is only play, and idle talk, and pageantry, and boasting among you, and rivalry in respect of wealth and children; as the likeness of vegetation after rain, whereof the growth is pleasing to the husbandman, but afterward it drieth up and thou seest it turning yellow, then it becometh straw. And in the Hereafter there is grievous punishment, and (also) forgiveness from Allah and His good pleasure, whereas the life of the world is but matter of illusion.

This Life of this World is Fleeting Enjoyment

Allah the Exalted degrades the significance of this life and belittles it by saying,

Know that the life of this world is only play and amusement, pomp and mutual boasting among you, and rivalry in respect of wealth and children.

meaning, this is the significance of this life to its people, just as He said in another Ayah,

Beautified for men is the love of things they covet; women, children, much of gold and silver (wealth), branded beautiful horses, cattle and well-tilled land. This is the pleasure of the present world's life; but Allah has the excellent return with Him. (3:14)

Allah the Exalted also sets a parable for this life, declaring that its joys are fading and its delights are perishable, saying that life is,

which is the rain that comes down to mankind, after they had felt despair.

Allah the Exalted said in another Ayah,

And He it is Who sends down the Ghayth (rain) after they have despaired. (42:28)

thereof the growth is pleasing to the tiller;

afterwards it dries up and you see it turning yellow; then it becomes straw.

meaning, that vegetation soon turns yellow in color, after being fresh and green. After that, the green fades away and becomes scattered pieces of dust.

This is the parable of this worldly life, it starts young, then matures and then turns old and feeble.

This is also the parable of mankind in this life; they are young and strong in the beginning. In this stage of life, they look youthful and handsome. Slowly, they begin growing older, their mannerism changes and their strength weakens. They then grow old and feeble; moving becomes difficult for them, while doing easy things becomes beyond their ability.

Allah is He Who created you in (a state of) weakness, then gave you strength after weakness, then after strength gave (you) weakness and grey hair. He creates what He wills. And He is the All-Knowing, the All-Powerful. (30:54)

This parable indicates the near demise of this life and the imminent end of it, while in contrast, the Hereafter is surely coming. Those who hear this parable should, therefore, be aware of the significance of the Hereafter and feel eagerness in the goodness that it contains,

But in the Hereafter (there is) a severe torment, and (there is) forgiveness from Allah and (His) pleasure. And the life of this world is only a deceiving enjoyment.

meaning, surely, the Hereafter that will certainly come contains two things either severe punishment or forgiveness from Allah and His good pleasure.

Allah the Exalted said, وَمَا الْحَيَاةُ الدُّنْيَا إِلَّا مَتَاعُ الْغُرُور (And the life of this world is only a deceiving enjoyment). meaning,

this life is only a form of enjoyment that deceives those who incline to it. Surely, those who recline to this life will admire it and feel that it is dear to them, so much so, that they might think that this is the only life, no life or dwelling after it. Yet, in reality, this life is insignificant as compared to the Hereafter.

Imam Ahmad recorded that Abdullah said that the Messenger of Allah said,

Paradise is nearer to any of you than the strap on his shoe, and so is the (Hell) Fire.

Al-Bukhari collected this Hadith through the narration of Ath-Thawri.

This Hadith indicates the close proximity of both good and evil in relation to mankind. If this is the case, then this is the reason Allah the Exalted encouraged mankind to rush to perform acts of righteousness and obedience and to avoid the prohibitions. By doing so, their sins and errors will be forgiven and they will acquire rewards and an exalted status.