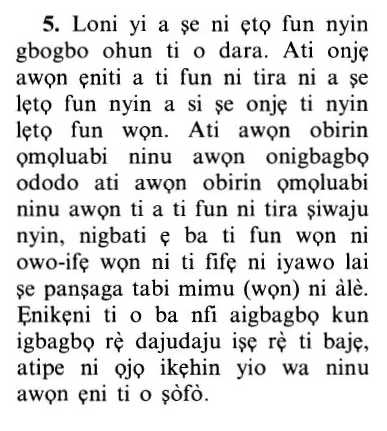 Permitting the Slaughtered Animals of the People of the Book

Made lawful to you this day are At-Tayyibat.

Allah then mentioned the ruling concerning the slaughtered animals of the People of the Book, the Jews and Christians,

The food of the People of the Scripture is lawful to you...,

It is recorded in the Sahih that Abdullah bin Mughaffal said,

"While we were attacking the fort of Khyber, a person threw a leather bag containing fat, and I ran to take it and said, `I will not give anyone anything from this container today.' But when I turned I saw the Prophet (standing behind) while smiling.''

The scholars rely on this Hadith as evidence that we are allowed to eat what we need of foods from the booty before it is divided.

The scholars of the Hanafi, the Shafii and the Hanbali Madhhabs rely on this Hadith to allow eating parts of the slaughtered animals of the Jews that they prohibit for themselves, such as the fat. They used this Hadith as evidence against the scholars of the Maliki Madhhab who disagreed with this ruling.

A better proof is the Hadith recorded in the Sahih that;

the people of Khyber gave the Prophet a gift of a roasted leg of sheep, which they poisoned. The Prophet used to like eating the leg of the sheep and he took a bite from it, but it told the Prophet that it was poisoned, so he discarded that bite. The bite that the Prophet took effected the palate of his mouth, while Bishr bin Al-Bara bin Ma`rur died from eating from that sheep.

The Prophet had the Jewish woman, Zaynab, who poisoned the sheep, killed. Therefore, the Prophet and his Companions wanted to eat from that sheep and did not ask the Jews if they removed what the Jews believed was prohibited for them, such as its fat.

and your food is lawful to them.

means, you are allowed to feed them from your slaughtered animals.

Therefore, this part of the Ayah is not to inform the People of the Scriptures that they are allowed to eat our food -- unless we consider it information for us about the ruling that they have -- i.e., that they are allowed all types of foods over which Allah's Name was mentioned, whether slaughtered according to their religion or otherwise.

The first explanation is more plausible. So it means:

The Prophet gave his robe to Abdullah bin Ubayy bin Salul, who was wrapped with it when he died. They say that he did that because Abdullah had given his robe to Al-Abbas when Al-Abbas came to Al-Madinah.

As for the Hadith,

Do not befriend but a believer, nor should other than a Taqi (pious person) eat your food.

This is to encourage such behavior, and Allah knows best.

(Lawful to you in marriage) are chaste women from the believers.

The Ayah states: you are allowed to marry free, chaste believing women.

This Ayah is talking about women who do not commit fornication, as evident by the word `chaste'. Allah said in another Ayah,

Desiring chastity not committing illegal sexual intercourse, nor taking them as boyfriends (lovers). (4:25)

"I do not know of a worse case of Shirk than her saying that `Isa is her lord, while Allah said, وَلاَ تَنكِحُواْ الْمُشْرِكَاتِ حَتَّى يُؤْمِنَّ (And do not marry idolatresses till they believe).'' (2:221)

Some of the Companions married Christian women and did not see any problem in this, relying on the honorable Ayah, وَالْمُحْصَنَاتُ مِنَ الَّذِينَ أُوتُواْ الْكِتَابَ مِن قَبْلِكُمْ ((Lawful to you in marriage) are chaste women from those who were given the Scripture before your time), therefore, they made this Ayah an exception to the Ayah in Surah Al-Baqarah, وَلاَ تَنكِحُواْ الْمُشْرِكَاتِ حَتَّى يُؤْمِنَّ (And do not marry the idolatresses till they believe), considering the latter Ayah to include the People of the Book in its general meaning. Otherwise, there is no contradiction here, since the People of the Book were mentioned alone when mentioning the rest of the idolators. Allah said,

Those who disbelieve from among the People of the Scripture and the idolators, were not going to leave (their disbelief) until there came to them clear evidence. (98:1)

And say to those who were given the Scripture and to those who are illiterates: "Do you (also) submit yourselves!'' If they do, they are rightly guided. (3:20)

When you have given them their due,

This refers to the Mahr, so just as these women are chaste and honorable, then give them their Mahr with a good heart.

when a man marries a woman and she commits illegal sexual intercourse before the marriage is consummated, the marriage is annulled. In this case, she gives back the Mahr that he paid her.

Desiring chastity, not illegal sexual intercourse, nor taking them as girl-friends (or lovers).

And just as women must be chaste and avoid illegal sexual activity, such is the case with men, who must also be chaste and honorable. Therefore, Allah said, غَيْرَ مُسَافِحِينَ (...not illegal sexual intercourse) as adulterous people do, those who do not avoid sin, nor reject adultery with whomever offers it to them.

وَلاَ مُتَّخِذِي أَخْدَانٍ (nor taking them as girl-friends (or lovers),

meaning those who have mistresses and girlfriends who commit illegal sexual intercourse with them, as we mentioned in the explanation of Surah An-Nisa'.

And whosoever rejects faith, then fruitless is his work; and in the Hereafter he will be among the losers.