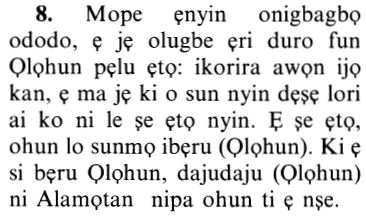 O ye who believe! stand out firmly for Allah, as witnesses to fair dealing, and let not the hatred of others to you make you swerve to wrong and depart from justice. Be just: that is next to piety: and fear Allah. For Allah is well-acquainted with all that ye do.
O you who believe! Be upright for Allah, bearers of witness with justice, and let not hatred of a people incite you not to act equitably; act equitably, that is nearer to piety, and he careful of (your duty to) Allah; surely Allah is Aware of what you do.
O ye who believe! Be steadfast witnesses for Allah in equity, and let not hatred of any people seduce you that ye deal not justly. Deal justly, that is nearer to your duty. Observe your duty to Allah. Lo! Allah is Informed of what ye do.

The Necessity of Observing Justice

O you who believe! Stand out firmly for Allah...

observing justice and not transgression.

It is recorded in the Two Sahihs that An-Nu`man bin Bashir said,

`Have you given the like of it to everyone of your offspring?'

He replied in the negative.

Have Taqwa of Allah and treat your children equally.

I shall not be witness to injustice.

My father then returned and took back his gift.''

and let not the enmity and hatred of others make you avoid justice.

The Ayah commands: Do not be carried away by your hatred for some people to avoid observing justice with them. Rather, be just with every one, whether a friend or an enemy.

Be just: that is nearer to Taqwa,

this is better than if you abandon justice in this case. Although Allah said that observing justice is `nearer to Taqwa', there is not any other course of action to take, therefore `nearer' here means `is'.

The dwellers of Paradise will, on that Day, have the best abode, and have the fairer of places for repose. (25:24)

Some of the female Companions said to Umar, "You are more rough and crude than the Messenger of Allah,'' meaning, you are rough, not that the Prophet is rough at all.

and have Taqwa of Allah. Verily, Allah is Well Acquainted with what you do.

and consequently, He will reward or punish you according to your actions, whether good or evil.