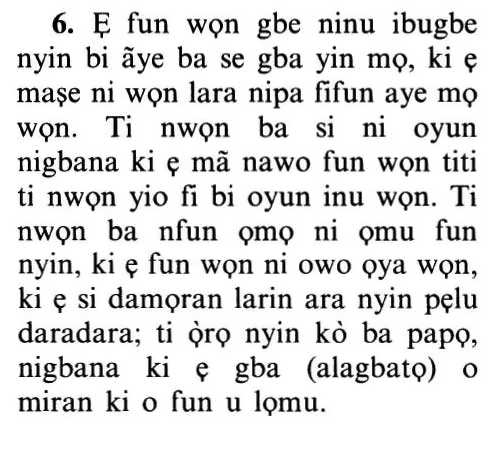 Let the women live (in 'iddat) in the same style as ye live, according to your means: Annoy them not, so as to restrict them. And if they carry (life in their wombs), then spend (your substance) on them until they deliver their burden: and if they suckle your (offspring), give them their recompense: and take mutual counsel together, according to what is just and reasonable. And if ye find yourselves in difficulties, let another woman suckle (the child) on the (father's) behalf.
Lodge them where you lodge according to your means, and do not injure them in order that you may straiten them; and if they are pregnant, spend on them until they lay down their burden; then if they suckle for you, give them their recompense and enjoin one another among you to do good; and if you disagree, another (woman) shall suckle for him.
Lodge them where ye dwell, according to your wealth, and harass them not so as to straiten life for them. And if they are with child, then spend for them till they bring forth their burden. Then, if they give suck for you, give them their due payment and consult together in kindness; but if ye make difficulties for one another, then let some other woman give suck for him (the father of the child).

The Divorced Woman has the Right to Decent Accommodations, and what is Reasonable

Allah the Exalted orders His faithful servants that when one of them divorces his wife, he should provide housing for her until the end of her `Iddah period,

Lodge them where you dwell,

according to what you have,

Ibn `Abbas, Mujahid and several others said, it refers to "Your ability.''

"If you can only afford to accommodate her in a corner of your house, then do so.''

and do not harm them in order to suppress them.

"meaning, do not annoy her to force her to pay her way out nor expel her from your house.''

"He divorces her, and when a few days remain, he takes her back.''

And if they are pregnant, then spend on them till they lay down their burden.

This is about the woman who is irrevocably divorced. If she is pregnant, then she is to be spent on her until she lays down her burden.

This is supported due to the fact that if she is revocably divorced, then she has the right to receive her support (maintenance) whether she is pregnant or not.

The Divorced Mother may take Compensation for suckling Her Child

Then if they suckle them for you,

meaning, when pregnant women give birth and they are irrevocably divorced by the expiration of the `Iddah, then at that time they may either suckle the child or not. But that is only after she nourishes him with the milk, that is the early on milk which the infant's well-being depends upon. Then, if she suckles, she has the right to compensation for it. She is allowed to enter into a contract with the father or his representative in return for whatever payment they agree to.

This is why Allah the Exalted said,

Then if they suckle the children for you, give them their due payment,

and let each of you deal with each other in a mannerly way.

meaning, the affairs of the divorced couple should be managed in a just way without causing harm to either one of them, just as Allah the Exalted said in Surah Al-Baqarah,

But if you make difficulties for one another, then some other woman may suckle for him.

meaning, if the divorced couple disagrees, because the woman asks for an unreasonable fee for suckling their child, and the father refuses to pay the amount or offers an unreasonable amount, he may find another woman to suckle his child.

If the mother agrees to accept the amount that was to be paid to the woman who agreed to suckle the child, then she has more right to suckle her own child.