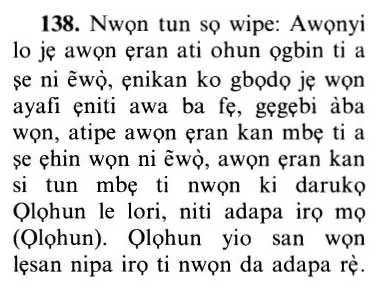 And they say that such and such cattle and crops are taboo, and none should eat of them except those whom - so they say - We wish; further, there are cattle forbidden to yoke or burden, and cattle on which, (at slaughter), the name of Allah is not pronounced; - inventions against Allah's name: soon will He requite them for their inventions.
And they say: These are cattle and tilth prohibited, none shall eat them except such as We please-- so they assert-- and cattle whose backs are forbidden, and cattle on which they would not mention Allah's name-- forging a lie against Him; He shall requite them for what they forged.
And they say: Such cattle and crops are forbidden. No-one is to eat of them save whom we will - in their make-believe - cattle whose backs are forbidden, cattle over which they mention not the name of Allah. (All that is) a lie against Him. He will repay them for that which they invent.

And according to their claim, they say that such and such cattle and crops are Hijr (forbidden), and none should eat of them except those whom we allow.

"Hijr refers to what they forbade, such as the Wasilah, and the like.''

"It is a prohibition that the Shayatin appointed for their wealth, and a type of exaggeration and extremism that did not come from Allah.''

حِجْرٌ (Hijr) refers to what the idolators designated for their deities.

As-Suddi said that the Ayah, لاَّ يَطْعَمُهَا إِلاَّ مَن نّشَاء بِزَعْمِهِمْ (And none should eat of them except those whom we allow, they claimed...),

means, "They said, only those whom we choose can eat of them, and the rest are prohibited from eating them.''

Say: "Tell me, what provision Allah has sent down to you! And you have made of it lawful and unlawful."

Allah has not instituted things like Bahirah or a Sa'ibah or a Wasilah or a Ham. But those who disbelieve invent lies against Allah, and most of them have no understanding. (5:103)

cattle forbidden to be used for burden were the Bahirah, Sa'ibah, Wasilah and Ham, as well as cattle for which the idolators did not mention Allah's Name when slaughtering them nor when they were born.

"Abu Wa'il said to me, `Do you know the meaning of the Ayah,

And (they say) there are cattle forbidden to be used for burden, and cattle on which the Name of Allah is not pronounced.

He said, `It is the Bahirah, which they would not use to for Hajj (either by riding it or carrying things on it).'''

they were some of the camels belonging to idolators on which Allah's Name was not mentioned when riding, milking, carrying things, copulation or any other action.

The idolators indeed lied when they attributed this evil to Allah's religion and Law; He did not allow them to do that nor did He approve of it.

He will recompense them for what they used to fabricate.

against Him, and falsely attribute to Him.