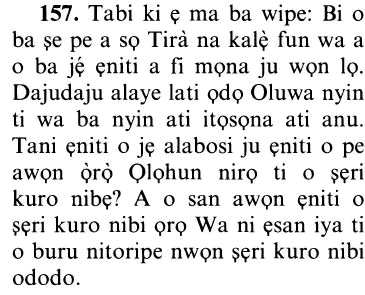 Or lest ye should say: "If the Book had only been sent down to us, we should have followed its guidance better than they." Now then hath come unto you a clear (sign) from your Lord,- and a guide and a mercy: then who could do more wrong than one who rejecteth Allah's signs, and turneth away therefrom? In good time shall We requite those who turn away from Our signs, with a dreadful penalty, for their turning away.
Or lest you should say: If the Book had been revealed to us, we would certainly have been better guided than they, so indeed there has come to you clear proof from your Lord, and guidance and mercy. Who then is more unjust than he who rejects Allah's communications and turns away from them? We will reward those who turn away from Our communications with an evil chastisement because they turned away.
Or lest ye should say: If the Scripture had been revealed unto us, we surely had been better guided than are they. Now hath there come unto you a clear proof from your Lord, a guidance and mercy; and who doeth greater wrong than he who denieth the revelations of Allah, and turneth away from them? We award unto those who turn away from Our revelations an evil doom because of their aversion.

Or lest you should say: "If only the Book had been sent down to us, we would surely, have been better guided than they."

meaning: We also refuted this excuse, had you used it, lest you say, "If a Book was revealed to us, just as they received a Book, we would have been better guided than they are.''

And they swore by Allah their most binding oath that if a warner came to them, they would be more guided than any of the nations (before them). (35:42)

So now has come unto you a clear proof from your Lord, and a guidance and a mercy.

Allah says, there has come to you from Allah a Glorious Qur'an revealed to Muhammad, the Arab Prophet. In it is the explanation of the lawful and unlawful matters, guidance for the hearts and mercy from Allah to His servants who follow and implement it.

Who then does more wrong than one who rejects the Ayat of Allah and Sadafa away therefrom,

This refers to the one who neither benefited from what the Messenger brought, nor followed what he was sent with by abandoning all other ways. Rather, he Sadafa from following the Ayat of Allah, meaning, he discouraged and hindered people from following it.

This is the explanation of As-Suddi for Sadafa, while Ibn Abbas, Mujahid and Qatadah said that Sadafa means, he turned away from it.

We shall requite those who turn away from Our Ayat with an evil torment, because of their turning away.