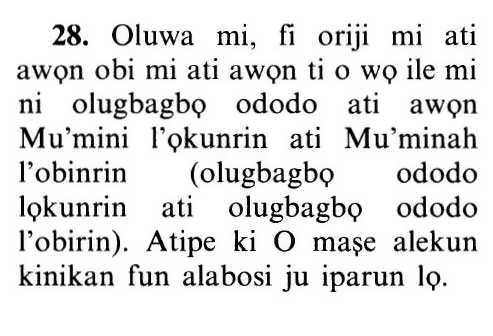 Forgive me, and my parents, and him who enters my home as a believer,

Ad-Dahhak said, "This means, my Masjid.''

However, there is no harm in understanding the Ayah according to its apparent meaning, which would be that he (Nuh) supplicated for every person who entered his house who was a believer.

and all the believing men and women.

And to the wrongdoers, grant You no increase but destruction!

This means in both this life and in the Hereafter.

This is the end of the Tafsir of Surah Nuh. And all praise and thanks are due to Allah.