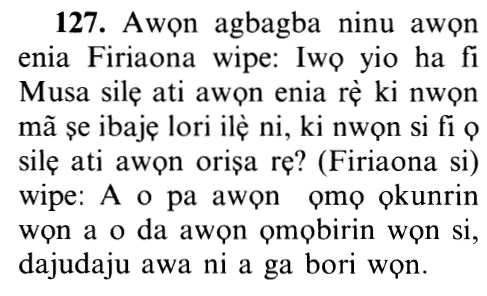 Fir`awn vows to kill the Children of Israel, Who complain to Musa; Allah promises Them Victory

"Will you leave Musa and his people!''

will you let them be free,

"to spread mischief in the land,''

spreading unrest among your subjects and calling them to worship their Lord instead of you.

Amazingly, these people were worried that Musa and his people would cause mischief! Rather, Fir`awn and his people are the mischief-makers, but they did not realize it. They said,

"and to abandon you and your gods.''

According to Ibn Abbas, as As-Suddi narrated from him,

"Were cows. Whenever they saw a beautiful cow, Fir`awn would command them to worship it. This is why As-Samiri, made the statue of a calf that seemed to moo for the Children of Israel.''

He said: "We will kill their sons, and let their women live,''

thus reiterating his previous order concerning the Children of Israel.

and we have indeed irresistible power over them.''