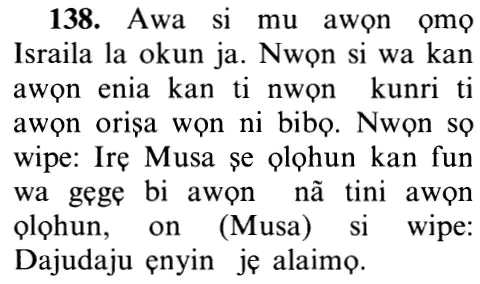 The Children of Israel safely cross the Sea, but still held on to the Idea of Idol Worshipping

And We brought the Children of Israel (with safety) across the sea,

Allah mentions the words that the ignorant ones among the Children of Israel uttered to Musa after they crossed the sea and witnessed Allah's Ayat and great power.

And they came upon a people devoted to some of their idols (in worship).

Some scholars of Tafsir said that the people mentioned here were from Canaan, or from the tribe of Lakhm.

"They were worshipping idols that they made in the shape of cows, and this influenced the Children of Israel later when they worshipped the calf."

He said: "Verily, you are an ignorant people.''

Musa replied, you are ignorant of Allah's greatness and majesty and His purity from any partners or anything resembling Him.