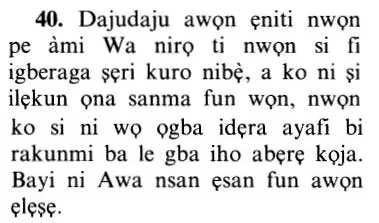 Doors of Heaven shall not open for Those Who deny Allah's Ayat, and They shall never enter Paradise

Verily, those who belie Our Ayat and treat them with arrogance,

for them the gates of the heavens will not be opened,

According to Mujahid, Sa`id bin Jubayr and Ibn Abbas, as Al-`Awfi and Ali bin Abi Talhah reported from him,

meaning, their good deeds and supplication will not ascend through it,

Ath-Thawri narrated that, Layth said that Ata narrated this from Ibn Abbas.

According to Ad-Dahhak who reported this from Ibn Abbas that it was also said that;

the meaning here is that the doors of the heavens will not be opened for the disbelievers' souls,

As-Suddi and several others mentioned this meaning.

What further supports this meaning, is the report from Ibn Jarir that Al-Bara' said that the Messenger of Allah mentioned capturing the soul of the `Fajir' (wicked sinner or disbeliever), and that his or her soul will be ascended to heaven. The Prophet said,

So they (angels) ascend it and it will not pass by a gathering of the angels, but they will ask, who's wicked soul is this?'

They will reply, `The soul of so-and-so,' calling him by the worst names he was called in this life.

The Prophet then recited, لاَ تُفَتَّحُ لَهُمْ أَبْوَابُ السَّمَاء (For them the gates of heaven will not be opened).

This is a part of a long Hadith which was also recorded by Abu Dawud, An-Nasa'i and Ibn Majah.

Ibn Jurayj commented on the Ayah, لاَ تُفَتَّحُ لَهُمْ أَبْوَابُ السَّمَاء (for them the gates of heaven will not be opened),

"(The gates of heaven) will not be opened for their deeds or souls.''

This explanation combines the two meanings we gave above, and Allah knows best.

and they will not enter Paradise until the Jamal goes through the eye of the needle.

refers to the male camel.

Ibn Mas`ud said it is a male camel from the she camel.

In another narration it refers to the spouse of the she camel.

Mujahid and Ikrimah said that Ibn Abbas used to recite this Ayah this way,

"Until the Jummal goes through the eye of the needle,'' whereas `Jummal' is a thick rope.

Thus do We recompense the criminals.