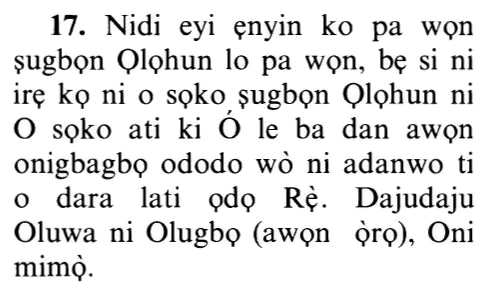 It is not ye who slew them; it was Allah: when thou threwest (a handful of dust), it was not thy act, but Allah's: in order that He might test the Believers by a gracious trial from Himself: for Allah is He Who heareth and knoweth (all things).
So you did not slay them, but it was Allah Who slew them, and you did not smite when you smote (the enemy), but it was Allah Who smote, and that He might confer upon the believers a good gift from Himself; surely Allah is Hearing, Knowing.
Ye (Muslims) slew them not, but Allah slew them. And thou (Muhammad) threwest not when thou didst throw, but Allah threw, that He might test the believers by a fair test from Him. Lo! Allah is Hearer, Knower.

Allah's Signs displayed during Badr, And throwing Sand in the Eyes of the Disbelievers

Allah states that He creates the actions that the servants perform and that whatever good actions they take, it is He Who should be praised for them, for He directed and helped them perform these actions.

meaning, it is not because of your power and strength that you killed the pagans, who were many while you were few. Rather, it is He Who gave you victory over them, just as He said in another Ayah,

And Allah has already made you victorious at Badr, when you were a weak little force. (3:123)

Truly, Allah has given you victory on many battlefields, and on the day of Hunayn when you rejoiced at your great number, but it availed you naught and the earth, vast as it is, was straitened for you, then you turned back in flight. (9:25)

Allah, the Exalted and Ever High, states that victory does not depend on numbers or collecting weapons and shields. Rather, victory is from Him, Exalted He is.

How often has a small group overcome a mighty host by Allah's leave!'' And Allah is with the patient. (2:249)

He then commanded his Companions to start fighting with sincerity and they did. Allah made this handful of sand enter the eyes of the idolators, each one of them were struck by some of it and it distracted them making each of them busy.

And you threw not when you did throw, but Allah threw.

Therefore, it is Allah Who made the sand reach their eyes and busied them with it, not you (O Muhammad).

that He might test the believers by a fair trial from Him.

"So that the believers know Allah's favor for them by giving them victory over their enemy, even though their enemy was numerous, while they were few. They should thus know His right and express gratitude for His favor on them.''

Similar was said by Ibn Jarir.

It is stated in a Hadith,

Every trial (from Allah) is a favor for us.

Allah hears the supplication and knows those who deserve help and triumph.