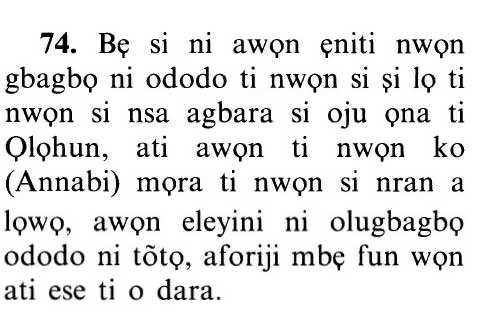 Those who believe, and adopt exile, and fight for the Faith, in the cause of Allah as well as those who give (them) asylum and aid,- these are (all) in very truth the Believers: for them is the forgiveness of sins and a provision most generous.
And (as for) those who believed and fled and struggled hard in Allah's way, and those who gave shelter and helped, these are the believers truly; they shall have forgiveness and honorable provision.
Those who believed and left their homes and strove for the cause of Allah, and those who took them in and helped them - these are the believers in truth. For them is pardon, and bountiful provision.

And those who believed, and emigrated and strove hard in the cause of Allah (Al-Jihad), as well as those who gave (them) asylum and aid -- these are the believers in truth, for them is forgiveness and a generous provision.

After Allah affirmed the ruling of loyalty and protection between the believers in this life, He then mentioned their destination in the Hereafter. Allah also affirmed the faith of the believers, just as mentioned in the beginning of this Surah, and that He will reward them with forgiveness and by erasing their sins, if they have any. He also promised them honorable provisions that are abundant, pure, everlasting and eternal; provisions that never end or run out, nor will they ever cause boredom, for they are delightful and come in great varieties.