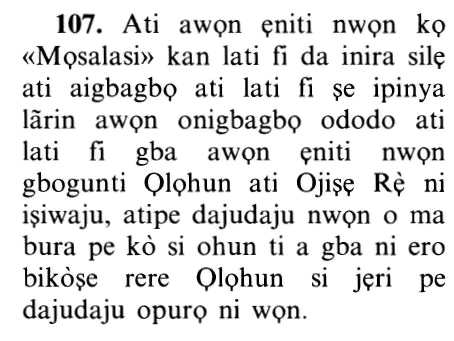 And there are those who put up a mosque by way of mischief and infidelity - to disunite the Believers - and in preparation for one who warred against Allah and His Messenger aforetime. They will indeed swear that their intention is nothing but good; But Allah doth declare that they are certainly liars.
And those who built a masjid to cause harm and for unbelief and to cause disunion among the believers and an ambush to him who made war against Allah and His Messenger before; and they will certainly swear: We did not desire aught but good; and Allah bears witness that they are most surely liars.
And as for those who chose a place of worship out of opposition and disbelief, and in order to cause dissent among the believers, and as an outpost for those who warred against Allah and His messenger aforetime, they will surely swear: We purposed naught save good. Allah beareth witness that they verily are liars.

And as for those who put up a Masjid by way of harm and disbelief and to disunite the believers and as an outpost for those who warred against Allah and His Messenger aforetime,

The reason behind revealing these honorable Ayat is that;

before the Messenger of Allah migrated to Al-Madinah, there was a man from Al-Khazraj called "Abu Amir Ar-Rahib (the Monk).'' This man embraced Christianity before Islam and read the Scriptures. During the time of Jahiliyyah, Abu Amir was known for being a worshipper and being a notable person among Al-Khazraj.

When the Messenger of Allah arrived at Al-Madinah after the Hijrah, the Muslims gathered around him and the word of Islam was triumphant on the day of Badr, causing Abu Amir, the cursed one, to choke on his own saliva and announce his enmity to Islam.

He fled from Al-Madinah to the idolators of Quraysh in Makkah to support them in the war against the Messenger of Allah. The Quraysh united their forces and the Bedouins who joined them for the battle of Uhud, during which Allah tested the Muslims, but the good end is always for the pious and righteous people.

The rebellious Abu Amir dug many holes in the ground between the two camps, into one of which the Messenger fell, injuring his face and breaking one of his right lower teeth. He also sustained a head injury.

Before the fighting started, Abu Amir approached his people among the Ansar and tried to convince them to support and agree with him. When they recognized him, they said, "May Allah never burden an eye by seeing you, O Fasiq one, O enemy of Allah!''

They cursed him and he went back declaring, "By Allah! Evil has touched my people after I left.''

The Messenger of Allah called Abu Amir to Allah and recited the Qur'an to him before his flight to Makkah, but he refused to embrace Islam and rebelled. The Messenger invoked Allah that Abu Amir die as an outcast in an alien land, and his invocation came true.

After the battle of Uhud was finished, Abu Amir realized that the Messenger's call was still rising and gaining momentum, so he went to Heraclius, the emperor of Rome, asking for his aid against the Prophet. Heraclius gave him promises and Abu Amir remained with him.

He also wrote to several of his people in Al-Madinah, who embraced hypocrisy, promising and insinuating to them that he will lead an army to fight the Messenger of Allah to defeat him and his call. He ordered them to establish a stronghold where he could send his emissaries and to serve as an outpost when he joins them later on.

They told him that they built the Masjid for the weak and ill persons on rainy nights. However, Allah prevented His Messenger from praying in that Masjid. He said to them,

"If we come back from our travel, Allah willing.''

"They are some people of the Ansar to whom Abu Amir said, `Build a Masjid and prepare whatever you can of power and weapons, for I am headed towards Caesar, emperor of Rome, to bring Roman soldiers with whom I will expel Muhammad and his companions.'

When they built their Masjid, they went to the Prophet and said to him, "We finished building our Masjid and we would like you pray in it and invoke Allah for us for His blessings.''

they will indeed swear,

those who built it,

that their intention is nothing but good.

by building this Masjid we sought the good and the comfort of the people.

Allah bears witness that they are certainly liars.

for they only built it to harm Masjid Quba', and out of disbelief in Allah, and to divide the believers. They made it an outpost for those who warred against Allah and His Messenger, such as Abu Amir the Fasiq who used to be called Ar-Rahib, may Allah curse him!