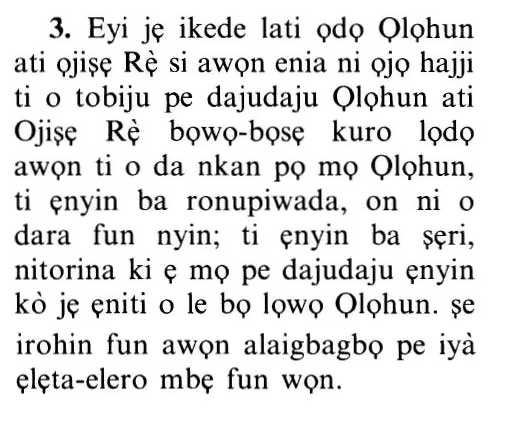 And a declaration from Allah and His Messenger,

and a preface warning to the people,

on the greatest day of Hajj,

the day of Sacrifice, the best and most apparent day of the Hajj rituals, during which the largest gathering confers.

that Allah is free from (all) obligations to the Mushrikin and so is His Messenger.

also free from all obligations to them.

Allah next invites the idolators to repent,

So if you repent,

from the misguidance and Shirk you indulge in,

it is better for you, but if you turn away,

and persist on your ways,

then know that you cannot escape Allah,

Rather, Allah is capable over you, and you are all in His grasp, under His power and will,

And give tidings of a painful torment for those who disbelieve.

earning them disgrace and affliction in this life and the torment of chains and barbed iron bars in the Hereafter.

"Abu Bakr sent me during that Hajj with those dispatched on the day of Sacrifice to declare in Mina that no Mushrik will be allowed to attend Hajj after that year, nor will a naked person be allowed to perform Tawaf.''

"The Prophet then sent Ali bin Abi Talib and commanded him to announce Bara'ah.''

"Ali publicized Bara'ah with us to the gathering in Mina on the day of Sacrifice, declaring that no Mushrik shall perform Hajj after that year, nor shall a naked person perform Tawaf around the House.''

Al-Bukhari also collected this Hadith. this narration of which, Abu Hurayrah said,

Abu Bakr was leading the people in that Hajj season, and in the year of `The Farewell Hajj' when the Prophet performed Hajj, no Mushrik performed Hajj.'''

This is the narration that Al-Bukhari recorded in the Book on Jihad.

"When Bara'ah was revealed to Allah's Messenger, and he had sent Abu Bakr to oversee the Hajj rites for the people, he was asked, `O Messenger of Allah! Why not send this (message) to Abu Bakr?' So he said,

It will not be accepted to have been from me if it is not from a man from my family.

Then he called for Ali and said to him,

Take this section from the beginning of Bara'ah and proclaim to the people on the day of the Sacrifice while they are gathered at Mina that no disbeliever will enter Paradise, no idolator will be permitted to perform Hajj after the year, there will be no Tawaf while naked, and whoever has a covenant with Allah's Messenger (peace be upon him), then it shall be valid until the time of its expiration.

Ali rode the camel of Allah's Messenger named Al-Adba until he caught up with Abu Bakr in route. When Abu Bakr saw him he said, `Are you here as a commander or a follower.'

They continued on. Abu Bakr lead the people in Hajj while the Arabs were camping in their normal locations from Jahiliyyah. On the day of Sacrifice, Ali bin Abi Talib stood and proclaimed,

`O people! No disbeliever will be admitted into Paradise, no idolator will be permitted to perform Hajj next year, there shall be no Tawaf while naked, and whoever has a covenant with Allah's Messenger, then it shall be valid until its time of expiration.'

So no idolator performed Hajj after that year, Tawaf around the House while naked ceased.

Then they returned to Allah's Messenger. So this was the declaration of innocence, whoever among the idolators had no treaty, then he had a treaty of peace for one year, if he had a particular treaty, then it was valid until its date of expiration.''