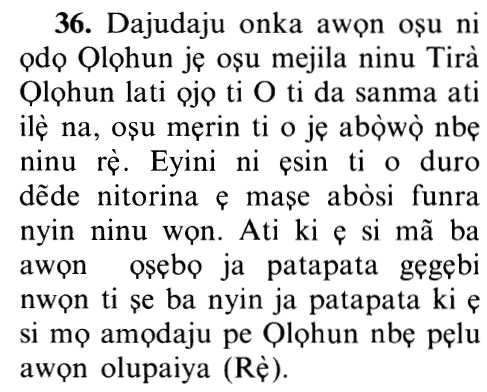 The Year consists of Twelve Months

Verily, the number of months with Allah is twelve months (in a year), so was it ordained by Allah on the Day when He created the heavens and the earth;

Imam Ahmad recorded that Abu Bakrah said that the Prophet said in a speech during his Hajj,

The division of time has turned to its original form which was current when Allah created the heavens and the earth. The year is of twelve months, out of which four months are sacred: Three are in succession Dhul-Qa`dah, Dhul-Hijjah and Muharram, and (the fourth is) Rajab of (the tribe of) Mudar which comes between Jumada (Ath-Thaniyah) and Sha`ban.''

The Prophet then asked,

What is the day today?

We said, "Allah and His Messenger know better.

He kept quiet until we thought that he might give that day another name.

He said: Isn't it the day of Nahr?

He further asked, Which month is this?

We again said, "Allah and His Messenger know better,'' and he kept quiet and made us think that he might give it another name.

Then he said, (Isn't it the month of Dhul-Hijjah?

He asked, What town is this?

We said, "Allah and His Messenger know better,'' and he kept quiet until we thought that he might change its name.

He asked, Isn't this the (Sacred) Town?

Verily! Your blood, property and honor are sacred to one another like the sanctity of this day of yours, in this month of yours and in this city of yours.

Verily, you will meet your Lord and He will question you about your actions.

Behold! Do not revert to misguidance after me by striking the necks of one another.

Al-Bukhari and Muslim collected this Hadith.

Safar is so named because they used to leave their homes during that month for fighting and traveling. When saying `Safir' a place, it means to leave it...

Rabi Al-Awwal is called that because they used to do Irtiba in it, that is to maintain one's property... and

Rabi Al-Akhir, was so named for the same reasons.

Jumada is called that because the water would dry up (Jamud) then....They say Jumada Al-Uwla and Al-Awwal, or Jumada Al-Akhar or Al-Akhirah.

Shaban because the tribes would separate and return to their homes.

Ramadan was so named because of the severity of the Ramda' - that is - the heat, and they say that the branch Ramadat when it is thirsty...And the saying that it is a Name of Allah is a mistake, for there is no proof or support for that...''

of them four are sacred.

The Arabs used to consider these months sacred during the time of Jahiliyyah, except for a group of them called Al-Basl, who held eight months of the year to be sacred as way of exaggeration in religion.

Three are in succession; Dhul-Qa`dah, Dhul-Hijjah and Muharram, and (the fourth is) Rajab (of (the tribe of) Mudar which comes between Jumada (Ath-Thani)) and Shaban.

The Prophet said "Rajab of Mudar'' to attest to the custom of Mudar, in saying that Rajab is the month that is between Jumada and Shaban, not as the tribe of Rabiah thought, that it is between Shaban and Shawwal, which is Ramadan in the present calendar.

The four Sacred Months were made four, three in succession and one alone, so that the Hajj and Umrah are performed with ease.

Dhul-Qadah, the month before the Hajj month, was made sacred because they refrained from fighting during that month.

Dhul-Hijjah, the next month, was made sacred because it is the month of Hajj, during which they performed Hajj rituals.

Muharram, which comes next, was made sacred so that they are able to go back to their areas in safety (after performing Hajj).

Rajab, in the middle of the lunar year, was made sacred so that those coming from the farthest areas of Arabia are able to perform Umrah and visit the House and then go back to their areas safely.

That is the right religion,

that is the Straight Law, requiring implementing Allah's order concerning the months that He made sacred and their true count as it was originally written by Allah.

so wrong not yourselves therein,

during these Sacred Months, for sin in them is worse than sin in other months.

Likewise, sins in the Sacred City are written multiplied,

...and whoever inclines to evil actions therein (in Makkah) or to do wrong, him We shall cause to taste from a painful torment. (22:25)

Similarly, sin in general is worse during the Sacred Months.

"In all (twelve) months. Allah then chose four out of these months and made them sacred, emphasizing their sanctity, making sinning in them greater, in addition to, multiplying rewards of righteous deeds during them.''

"Injustice during the Sacred Months is worse and graver than injustice in other months. Verily, injustice is always wrong, but Allah makes things graver than others as He will.''

"Allah has chosen some of His creation above others. He chose Messengers from angels and from men. He also chose His Speech above all speech, the Masajid above other areas of the earth, Ramadan and the Sacred Months above all months, Friday above the other days and Laylatul-Qadr (The Night of Decree) above all nights.

Therefore, sanctify what Allah has sanctified, for doing so is the practice of people of understanding and comprehension.''

Fighting in the Sacred Months

and fight against the idolators collectively, (all of you),

as they fight against you collectively, (all of them),

But know that Allah is with those who have Taqwa,

and know that initiating battle during the Sacred Months is forbidden.

O you who believe! Violate not the sanctity of the symbols of Allah, nor of the sacred month. (5:2)

Then when the Sacred Months have passed, kill the idolators... (9:5)

As for Allah's statement,

And fight not with them at Al-Masjid Al-Haram, unless they (first) fight you there. But if they attack you, then kill them. (2:191)

As for the Messenger of Allah laying siege to At-Ta'if until the Sacred Month started, it was a continuation of the battle against Hawazin and their allies from Thaqif. They started the fighting and gathered their men for the purpose of conducting war. The Messenger of Allah marched to meet them and when they took refuge in At-Ta'if, the Prophet laid siege to them so that they descend from their forts, but they inflicted casualties on Muslims. The siege continued for about forty days, during which a Sacred Month began, and the siege continued for several days in that month. The Messenger broke the siege and went back (to Makkah). So fighting that carries over into it (the Sacred Month) is not the same as initiating warfare during it, Allah knows best.