EXPEDITION TO TABUK, FORGIVENESS, GOOD-DOERS, SICKNESS, SPENDING IN THE WAY OF ALLAH 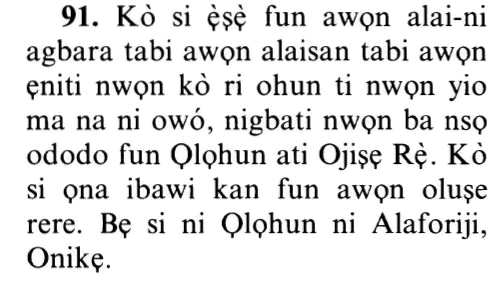 There is no blame on those who are infirm, or ill, or who find no resources to spend (on the cause), if they are sincere (in duty) to Allah and His Messenger: no ground (of complaint) can there be against such as do right: and Allah is Oft-forgiving, Most Merciful.
It shall be no crime in the weak, nor in the sick, nor in those who do not find what they should spend (to stay behind), so long as they are sincere to Allah and His Messenger; there is no way (to blame) against the doers of good; and Allah is Forgiving, Merciful;
Not unto the weak nor unto the sick nor unto those who can find naught to spend is any fault (to be imputed though they stay at home) if they are true to Allah and His messenger. Not unto the good is there any road (of blame). Allah is Forgiving, Merciful.

Legitimate Excuses for staying away from Jihad

There is no blame on those who are weak or ill or who find no resources to spend, if they are sincere and true (in duty) to Allah and His Messenger.

Allah mentions here the valid excuses that permit one to stay away from fighting. He first mentions the excuses that remain with a person, the weakness in the body that disallows one from Jihad, such as blindness, limping, and so forth. He then mentions the excuses that are not permanent, such as an illness that would prevent one from fighting in the cause of Allah, or poverty that prevents preparing for Jihad. There is no sin in these cases if they remain behind, providing that when they remain behind, they do not spread malice or try to discourage Muslims from fighting, but all the while observing good behavior in this state, just as Allah said,

No means (of complaint) can there be against the doers of good. And Allah is Oft-Forgiving, Most Merciful.

"The people went out for the Istisqa' (rain) prayer. Bilal bin Sa`d stood up, praised Allah and thanked Him then said, `O those who are present! Do you concur that wrong has been done!'

He said, `O Allah! We hear your statement, مَا عَلَى الْمُحْسِنِينَ مِن سَبِيلٍ (No means (of complaint) can there be against the doers of good). O Allah! We admit our errors, so forgive us and give us mercy and rain.'

He then raised his hands and the people also raised their hands, and rain was sent down on them.''