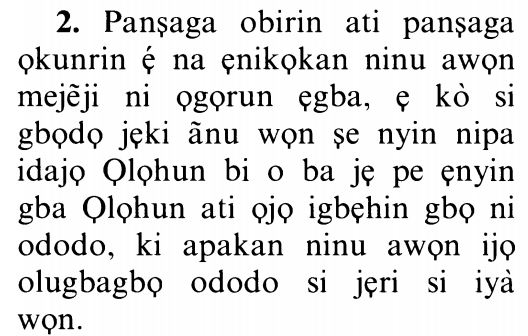 The Explanation of the Prescribed Punishment for Zina (Illicit Sex)

The Zaniyah and the Zani, flog each of them with a hundred stripes.

This honorable Ayah contains the ruling on the law of retaliation for the person who commits illegal sex, and details of the punishment.

As for the virgin who is unwedded, the prescribed punishment is one hundred stripes, as stated in this Ayah.

In addition to this he is to be banished from his homeland for one year, as was recorded in the Two Sahihs from Abu Hurayrah and Zayd bin Khalid Al-Juhani in the Hadith about the two Bedouins who came to the Messenger of Allah.

One of them said, "O Messenger of Allah, this son of mine was employed by this man, and committed Zina with his wife. I paid a ransom with him on behalf of my son one hundred sheep and a slave-girl, but when I asked the people of knowledge, they said that my son should be given one hundred stripes and banished for a year, and that this man's wife should be stoned to death.''

The Messenger of Allah said:

By the One in Whose Hand is my soul, I will judge between you both according to the Book of Allah.

Take back the slave-girl and sheep, and your son is to be given one hundred stripes and banished for one year.

O Unays -- he said to a man from the tribe of Aslam -- go to this man's wife, and if she confesses, then stone her to death.

Unays went to her and she confessed, so he stoned her to death.

This indicates that if the person who is guilty of illegal sex is a virgin and unmarried, he should be banished in addition to being given one hundred stripes.

But if married, meaning he has had intercourse within the bounds of lawful marriage, and he is free, adult and of sound mind, then he should be stoned to death.

Imam Malik recorded that Umar, may Allah be pleased with him, stood up and praised and glorified Allah, then he said;

"O people! Allah sent Muhammad with the truth, and revealed to him the Book. One of the things that was revealed to him was the Ayah of stoning to death, which we have recited and understood. The Messenger of Allah carried out the punishment of stoning and after him we did so, but I am afraid that as time goes by, some will say that they did not find the Ayah of stoning in the Book of Allah, and they will go astray because they abandoned one of the obligations revealed by Allah. Stoning is something that is prescribed in the Book of Allah for the person -- man or woman -- who commits illegal sex, if he or she is married, if decisive evidence is produced, or if pregnancy results from that, or if they confess to it.''

It was also recorded in the Two Sahihs in the lengthy Hadith of Malik, from which we have quoted briefly only the portion that is relevant to the current discussion.

Let not pity withhold you in their case, in a punishment prescribed by Allah,

Meaning, with a ruling prescribed by Allah.

So the meaning of the Ayah is:

"Do not feel too sorry for them where the laws of Allah are established.''

This does not mean that we should not naturally feel pity when carrying out the punishment. What is prohibited here is the kind of pity that may make the judge ignore the punishment altogether. This is what is not permitted for the judge.

Mujahid said, وَلَا تَأْخُذْكُم بِهِمَا رَأْفَةٌ فِي دِينِ اللَّهِ (Let not pity withhold you in their case, in a punishment prescribed by Allah),

"If the matter is taken to the ruling authority, the punishment has to be carried out and cannot be stopped.''

This was also narrated from Sa`id bin Jubayr and Ata' bin Abi Rabah.

It was recorded in a Hadith:

if you believe in Allah and the Last Day.

means, then do that, carry out the punishments on those who commit illegal sex, and strike them hard without causing any wound, so that he and others like him will be deterred by the terror of that.

In Al-Musnad, it was recorded that one of the Companions said,

"O Messenger of Allah, when I slaughter a sheep I feel pity for it.''

You be rewarded for that.

Carry out the Prescribed Punishment in Public

And let a party of the believers witness their punishment.

This is more humiliating for the people who are guilty of illegal sex, if they are flogged in front of the people. This is because it is more effective as a deterrent and it conveys the sense of scandal and rebuke.