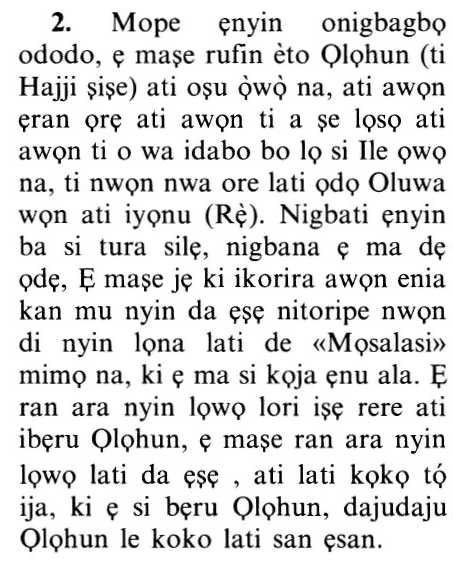 O ye who believe! Violate not the sanctity of the symbols of Allah, nor of the sacred month, nor of the animals brought for sacrifice, nor the garlands that mark out such animals, nor the people resorting to the sacred house, seeking of the bounty and good pleasure of their Lord. But when ye are clear of the sacred precincts and of pilgrim garb, ye may hunt and let not the hatred of some people in (once) shutting you out of the Sacred Mosque lead you to transgression (and hostility on your part). Help ye one another in righteousness and piety, but help ye not one another in sin and rancour: fear Allah: for Allah is strict in punishment.
O you who believe! do not violate the signs appointed by Allah nor the sacred month, nor (interfere with) the offerings, nor the sacrificial animals with garlands, nor those going to the sacred house seeking the grace and pleasure of their Lord; and when you are free from the obligations of the pilgrimage, then hunt, and let not hatred of a people-- because they hindered you from the Sacred Masjid-- incite you to exceed the limits, and help one another in goodness and piety, and do not help one another in sin and aggression; and be careful of (your duty to) Allah; surely Allah is severe in requiting (evil).
O ye who believe! Profane not Allah's monuments nor the Sacred Month nor the offerings nor the garlands, nor those repairing to the Sacred House, seeking the grace and pleasure of their Lord. But when ye have left the sacred territory, then go hunting (if ye will). And let not your hatred of a folk who (once) stopped your going to the inviolable place of worship seduce you to transgress; but help ye one another unto righteousness and pious duty. Help not one another unto sin and transgression, but keep your duty to Allah. Lo! Allah is severe in punishment.

O you who believe! Violate not the sanctity of Sha'a'ir Allah (the symbols of Allah),

"As-Safa and Al-Marwah, and the sacrificial animal are the symbols of Allah.''

It was also stated that;

Sha`a'ir Allah is what He prohibited. Therefore, it means, do not violate what Allah prohibited.

nor of the Sacred Month,

for you are required to respect and honor the Sacred Month and to refrain from what Allah forbade during it, such as fighting. This also lays emphasis on avoiding sins during that time.

They ask you concerning fighting in the Sacred Month. Say, "Fighting therein is a great (transgression).'' (2:217)

Al-Bukhari recorded in his Sahih that Abu Bakrah said that the Messenger of Allah said during the Farewell Hajj,

The division of time has returned as it was when Allah created the Heavens and the earth. The year is twelve months, four of which are sacred: Three are in succession, (they are:) Dhul-Qa'dah, Dhul-Hijjah and Muharram, and (the fourth is) Rajab of (the tribe of) Mudar which comes between Jumada (Ath-Thaniyah) and Sha'ban.)

This Hadith testifies to the continued sanctity of these months until the end of time.

Taking the Hady to the Sacred House of Allah, Al-Ka`bah

nor of the Hady brought for sacrifice, nor the garlands,

means, do not abandon the practice of bringing the Hady (sacrificial animals) to the Sacred House, as this ritual is a form of honoring the symbols of Allah.

Do not abandon the practice of garlanding these animals on their necks, so that they are distinguished from other cattle. This way, it will be known that these animals are intended to be offered as Hady at the Ka`bah, and thus those who might intend some harm to them would refrain from doing so. Those who see the Hady might be encouraged to imitate this ritual, and indeed, he who calls to a type of guidance, will earn rewards equal to the rewards of those who follow his lead, without decrease in their own rewards.

When the Messenger of Allah intended to perform Hajj, he spent the night at Dhul-Hulayfah, which is also called Wadi Al-Aqiq. In the morning, the Prophet made rounds with his wives, who were nine at that time, performed Ghusl (bath), applied some perfume and performed a two Rak`ah prayer. He then garlanded the Hady and announced aloud his intention to perform Hajj and Umrah. The Prophet's Hady at the time consisted of plenty of camels, more than sixty, and they were among the best animals, the healthiest and most physically acceptable, just as Allah's statement proclaims,

Thus it is, and whosoever honors the symbols of Allah, then it is truly, from the piety of the hearts. (22:32)

"Do not breach their sanctity.''

This statement was collected by Ibn Abi Hatim, who also recorded that Ibn Abbas said,

"There are two Ayat in this Surah (Al-Ma'idah) that were abrogated, the Ayah about the garlands (5:2), and فَإِن جَآؤُوكَ فَاحْكُم بَيْنَهُم أَوْ أَعْرِضْ عَنْهُمْ (So if they come to you (O Muhammad), either judge between them, or turn away from them).'' (5:42)

nor the people coming to the Sacred House (Makkah), seeking the bounty and good pleasure of their Lord.

There is no sin on you if you seek the bounty of your Lord (during pilgrimage by trading). (2:198)

Ibn Abbas said that the word `pleasure' in the Ayah refers to, "seeking Allah's pleasure by their Hajj.''

this Ayah was revealed concerning Al-Hutam bin Hind Al-Bakri, who had raided the cattle belonging to the people of Al-Madinah. The following year, he wanted to perform Umrah to the House of Allah and some of the Companions wanted to attack him on his way to the House. Allah revealed, وَلا آمِّينَ الْبَيْتَ الْحَرَامَ يَبْتَغُونَ فَضْلاً مِّن رَّبِّهِمْ وَرِضْوَانًا (nor the people coming to the Sacred House (Makkah), seeking the bounty and good pleasure of their Lord).

But when you finish the Ihram, then hunt,

When you end your Ihram, it is permitted for you to hunt game, which was prohibited for you during Ihram.

Although this Ayah contains a command that takes effect after the end of a state of prohibition (during Ihram in this case), the Ayah, in fact, brings back the ruling that was previously in effect. If the previous ruling was an obligation, the new command will uphold that obligation, and such is the case with recommended and permissible matters. There are many Ayat that deny that the ruling in such cases is always an obligation. Such is also the case against those who say that it is always merely allowed. What we mentioned here is the correct opinion that employs the available evidence, and Allah knows best.

and let not the hatred of some people in (once) stopping you from Al-Masjid Al-Haram (at Makkah) lead you to transgression (and hostility on your part).

The meaning of this Ayah is apparent, as it commands: Let not the hatred for some people, who prevented you from reaching the Sacred House in the year of Hudaybiyyah, make you transgress Allah's Law and commit injustice against them in retaliation. Rather, rule as Allah has commanded you, being just with every one. We will explain a similar Ayah later on,

And let not the enmity and hatred of others make you avoid justice. Be just: that is nearer to piety, (5:8)

which commands: do not be driven by your hatred for some people into abandoning justice, for justice is ordained for everyone, in all situations.

"The Messenger of Allah and his Companions were in the area of Al-Hudaybiyyah when the idolators prevented them from visiting the House, and that was especially hard on them. Later on, some idolators passed by them from the east intending to perform Umrah. So the Companions of the Prophet said, `Let us prevent those (from Umrah) just as their fellow idolators prevented us.' Thereafter, Allah sent down this Ayah.''

Ibn Abbas and others said that;

"Shana'an'' refers to enmity and hate.

Allah forbids His servants from helping one another in sin, `Ithm' and committing the prohibitions.

Support your brother whether he was unjust or the victim of injustice.

Prevent and stop him from committing injustice, and this represents giving support to him.

Al-Bukhari recorded this Hadith through Hushaym.

Ahmad recorded that one of the Companions of the Prophet narrated the Hadith,

Muslim recorded a Hadith that states,

He who calls to a guidance, will earn a reward similar to the rewards of those who accept his call, until the Day of Resurrection, without decreasing their rewards.

Whoever calls to a heresy, will carry a burden similar to the burdens of those who accept his call, until the Day of Resurrection, without decreasing their own burdens.

And have Taqwa of Allah. Verily, Allah is severe in punishment.