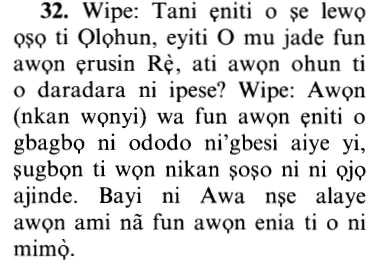 Say: Who hath forbidden the beautiful (gifts) of Allah, which He hath produced for His servants, and the things, clean and pure, (which He hath provided) for sustenance? Say: They are, in the life of this world, for those who believe, (and) purely for them on the Day of Judgment. Thus do We explain the signs in detail for those who understand.
Say: Who has prohibited the embellishment of Allah which He has brought forth for His servants and the good provisions? Say: These are for the believers in the life of this world, purely (theirs) on the resurrection day; thus do We make the communications clear for a people who know.
Say: Who hath forbidden the adornment of Allah which He hath brought forth for His bondmen, and the good things of His providing? Say: Such, on the Day of Resurrection, will be only for those who believed during the life of the world. Thus do we detail Our revelations for people who have knowledge.

Allah refutes those who prohibit any type of food, drink or clothes according to their own understanding, without relying on what Allah has legislated,

O Muhammad, to the idolators who prohibit some things out of false opinion and fabrication,

Who has forbidden the adornment with clothes given by Allah, which He has produced for His servants and At-Tayyibat (good things) of sustenance!''

Say: "They are, in the life of this world, for those who believe, (and) exclusively for them (believers) on the Day of Resurrection.''

Thus We explain the Ayat in detail for people who have knowledge.