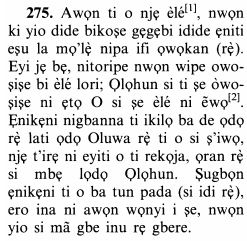 Those who devour usury will not stand except as stand one whom the Evil one by his touch Hath driven to madness. That is because they say: "Trade is like usury," but Allah hath permitted trade and forbidden usury. Those who after receiving direction from their Lord, desist, shall be pardoned for the past; their case is for Allah (to judge); but those who repeat (The offence) are companions of the Fire: They will abide therein (for ever).
Those who swallow down usury cannot arise except as one whom Shaitan has prostrated by (his) touch does rise. That is because they say, trading is only like usury; and Allah has allowed trading and forbidden usury. To whomsoever then the admonition has come from his Lord, then he desists, he shall have what has already passed, and his affair is in the hands of Allah; and whoever returns (to it)-- these arc the inmates of the fire; they shall abide in it.
Those who swallow usury cannot rise up save as he ariseth whom the devil hath prostrated by (his) touch. That is because they say: Trade is just like usury; whereas Allah permitteth trading and forbiddeth usury. He unto whom an admonition from his Lord cometh, and (he) refraineth (in obedience thereto), he shall keep (the profits of) that which is past, and his affair (henceforth) is with Allah. As for him who returneth (to usury) - Such are rightful owners of the Fire. They will abide therein.