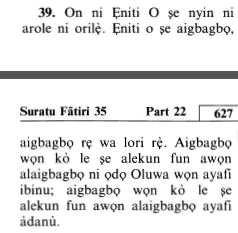 meaning, all people succeed one another, generation after generation.

and makes you inheritors of the earth, generations after generations. (27:62)

so whosoever disbelieves, on him will be his disbelief.

means, he and no one else will have to bear the consequences of that.

This is in contrast to the believers, for the longer they live and do good deeds, the higher their status in Paradise will be, the greater their reward, and the more beloved they will be to their Creator.