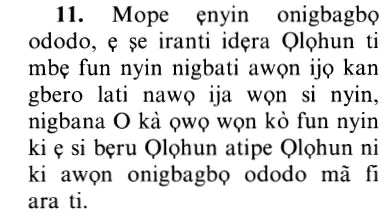 O you who believe! Remember the favor of Allah unto you when some people desired (made a plan) to stretch out their hands against you, but (Allah) withheld their hands from you.

"The Prophet once stayed at an area and the people spread out seeking shade under various trees. The Prophet hung his weapon on a tree, and a Bedouin man came and took possession of the Prophet's weapon and held it aloft. He came towards the Prophet and said, `Who can protect you from me?'

He replied, `Allah, the Exalted, Most Honored.'

The Bedouin man repeated his question twice or thrice, each time the Prophet answering him by saying, `Allah.'

The Bedouin man then lowered the sword, and the Prophet called his Companions and told them what had happened while the Bedouin was sitting next to him, for the Prophet did not punish him.'

Ma`mar said that Qatadah used to mention that some Arabs wanted to have the Prophet killed, so they sent that Bedouin. Qatadah would then mention this Ayah, اذْكُرُواْ نِعْمَتَ اللّهِ عَلَيْكُمْ إِذْ هَمَّ قَوْمٌ أَن يَبْسُطُواْ إِلَيْكُمْ أَيْدِيَهُمْ (Remember the favor of Allah unto you when some people desired (made a plan) to stretch out their hands against you...).

The story of this Bedouin man, whose name is Ghawrath bin Al-Harith, is mentioned in the Sahih.

this Ayah was revealed about Bani An-Nadir, who plotted to drop a stone on the head of the Messenger when he came to them for help to pay the blood money of two persons whom Muslims killed. The Jews left the execution of this plot to `Amr bin Jihash bin Ka`b and ordered him to throw a stone on the Prophet from above, when he came to them and sat under the wall. Allah told His Prophet about their plot, and he went back to Al-Madinah and his Companions followed him later on. Allah sent down this Ayah concerning this matter.

So have Taqwa of Allah.

And in Allah let the believers put their trust.

and those who do so, then Allah shall suffice for them and shall protect them from the evil plots of the people. Thereafter, Allah commanded His Messenger to expel Bani An-Nadir, and he laid siege to their area and forced them to evacuate Al-Madinah.