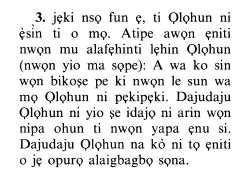 Is it not to Allah that sincere devotion is due? But those who take for protectors other than Allah (say): "We only serve them in order that they may bring us nearer to Allah." Truly Allah will judge between them in that wherein they differ. But Allah guides not such as are false and ungrateful.
Now, surely, sincere obedience is due to Allah (alone) and (as for) those who take guardians besides Him, (saying), We do not serve them save that they may make us nearer to Allah, surely Allah will judge between them in that in which they differ; surely Allah does not guide him aright who is a liar, ungrateful.
Surely pure religion is for Allah only. And those who choose protecting friends beside Him (say): We worship them only that they may bring us near unto Allah. Lo! Allah will judge between them concerning that wherein they differ. Lo! Allah guideth not him who is a liar, an ingrate.

Surely, the religion is for Allah only.

meaning, He will not accept any deed unless it is done purely and sincerely for Him Alone, with no partner or associate.

And those who take protectors besides Him (say):

Allah tells us that the idolators say:

"We worship them only that they may bring us near to Allah."

meaning what motivates them to worship them is the fact that they made their idols in the image of the angels -- or so they claim -- and when they worship those images it is like worshipping the angels, so that they will intercede with Allah for them to help and give them provision and other worldly needs. As far as the resurrection is concerned, they denied it and did not believe in it.

Qatadah, As-Suddi and Malik said, narrating from Zayd bin Aslam and Ibn Zayd: إِلَّا لِيُقَرِّبُونَا إِلَى اللَّهِ زُلْفَى (only that they may bring us near to Allah), means,

"So that they may intercede for us and bring us closer to Him.''

During Jahiliyyah, they used to recite the following for their Talbiyah when they performed Hajj;

"At Your service, You have no partner except the partner You have; he and all that he owns belong to You.''

This pretentious argument which the idolators of all times, ancient and modern, used as evidence is what the Messengers, may the blessings and peace of Allah be upon them all, came to refute and forbid, and to call people to worship Allah Alone with no partner or associate. This is something that the idolators themselves invented; Allah did not give them permission for it, nor does He approve of it; indeed, He hates it and forbids it.

And verily, We have sent among every Ummah a Messenger (proclaiming): "Worship Allah, and avoid Taghut.'' (16:36)

And We did not send any Messenger before you but We revealed to him (saying): "None has the right to be worshipped but I (Allah), so worship Me.'' (21:25)

And Allah tells us that the angels in the heavens, those who are close to Him and others, are all servants who submit humbly to Allah. They do not intercede with Him except by His leave for the one with whom He is pleased. They are not like the princes and ministers of their (the idolators') kings who intercede with them without their permission for both those whom the kings like and those whom they hate.

Exalted be Allah far above that.

Verily, Allah will judge between them,

means, on the Day of Resurrection,

concerning that wherein they differ.

means, He will judge between His creation on the Day of Resurrection and will reward or punish each person according to his deeds.

And (remember) the Day when He will gather them all together, then He will say to the angels: "Was it you that these people used to worship?''

They (the angels) will say: "Glorified be You! You are our Wali (Lord) instead of them.

Truly, Allah guides not him who is a liar, and a disbeliever.

means, He will not show true guidance to one who deliberately tells lies about Allah and whose heart rejects the signs and proof of Allah.

Then Allah states that He does not have any offspring, as the ignorant idolators claim the angels to be, and as the stubborn Jews and Christians claim `Uzayr and `Isa to be.