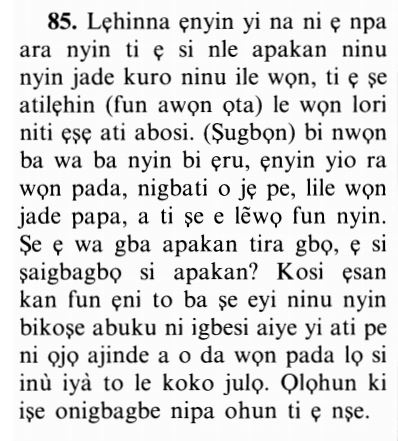 After this it is ye, the same people, who slay among yourselves, and banish a party of you from their homes; assist (Their enemies) against them, in guilt and rancour; and if they come to you as captives, ye ransom them, though it was not lawful for you to banish them. Then is it only a part of the Book that ye believe in, and do ye reject the rest? but what is the reward for those among you who behave like this but disgrace in this life?- and on the Day of Judgment they shall be consigned to the most grievous penalty. For Allah is not unmindful of what ye do.
Yet you it is who slay your people and turn a party from among you out of their homes, backing each other up against them unlawfully and exceeding the limits; and if they should come to you, as captives you would ransom them-- while their very turning out was unlawful for you. Do you then believe in a part of the Book and disbelieve in the other? What then is the re ward of such among you as do this but disgrace in the life of this world, and on the day of resurrection they shall be sent back to the most grievous chastisement, and Allah is not at all heedless of what you do.
Yet ye it is who slay each other and drive out a party of your people from their homes, supporting one another against them by sin and transgression? - and if they came to you as captives ye would ransom them, whereas their expulsion was itself unlawful for you - Believe ye in part of the Scripture and disbelieve ye in part thereof? And what is the reward of those who do so save ignominy in the life of the world, and on the Day of Resurrection they will be consigned to the most grievous doom. For Allah is not unaware of what ye do.

After this, it is you who kill one another and drive out a party of you from their homes, assist (their enemies) against them, in sin and transgression. And if they come to you as captives, you ransom them, although their expulsion was forbidden to you.

"Allah mentioned what they were doing, and that in the Tawrah He had prohibited them from shedding each other's blood, and required them to free their prisoners.

Each Jewish camp would fight against their Jewish brethren from the other camp. They would shed each other's blood, although they had the Tawrah with them, and they knew their rights and dues.

During these wars, they would kill whomever (Jews or Arabs) they could, while helping the polytheists against their brethren. Therefore, Allah reminded them of this when He said,

Then do you believe in a part of the Book and reject the rest!

This Ayah means, `Do you ransom them according to the rulings of the Tawrah, yet kill them while the Tawrah forbade you from killing them and from expelling them from their homes. The Tawrah also commanded that you should not aid the polytheists and those who associate with Allah in the worship against your brethren. You do all this to acquire the life of this world.'

I was informed that the behavior of the Jews regarding the Aws and Khazraj was the reason behind revealing these Ayat.''

These noble Ayat criticized the Jews for implementing the Tawrah sometimes and defying it at other times, although they believed in the Tawrah and knew what they were doing was wrong. This is why they should not be trusted to preserve or convey the Tawrah.

Further, they should not be believed when it comes to the description of the Messenger of Allah, his coming, his expulsion from his land, and his Hijrah, and the rest of the information that the previous Prophets informed them about him, all of which they hid.

The Jews, may they suffer the curse of Allah, hid all of these facts among themselves, and this is why Allah said,

Then what is the recompense of those who do so among you, except disgrace in the life of this world,

because they defied Allah's Law and commandments.

And on the Day of Resurrection they shall be consigned to the most grievous torment,

as punishment for defying the Book of Allah that they had.

And Allah is not unaware of what you do. Those are they who have bought the life of this world at the price of the Hereafter,

meaning, they prefer this life to the Hereafter.