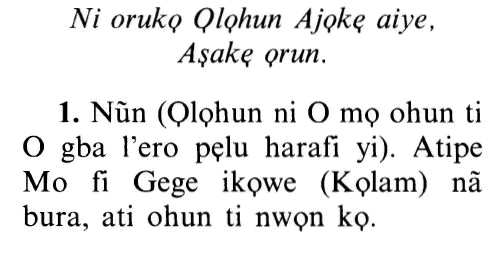 We have already discussed the special letters of the Arabic alphabet at the beginning of Surah Al-Baqarah. Thus, Allah's saying,

Nun, is like Allah's saying, ص (Sad), and Allah's saying, ق (Qaf), and similar to them from the individual letters that appear at the beginning of Qur'anic chapters. This has been discussed at length previously and there is no need to repeat it here.

The Explanation of the Pen Concerning

The apparent meaning is that this refers to the actual pen that is used to write. This is like Allah's saying,

Read! And your Lord is the Most Generous. Who has taught by the pen. He has taught man that which he knew not. (96:3-5)

Therefore, this statement is Allah's swearing and alerting His creatures to what He has favored them with by teaching them the skill of writing, through which knowledge is attained.

and by what they Yastur.

Ibn `Abbas, Mujahid and Qatadah all said that this means,

"The angels and the deeds of the servants they record.''

"Rather, what is meant here is the pen which Allah caused to write the decree when He wrote the decrees of all creation, and this took place fifty-thousand years before He created the heavens and the earth.''

For this, they present Hadiths that have been reported about the Pen.

"My father called for me when he was dying and he said to me: `Verily, I heard the Messenger of Allah say,

Verily, the first of what Allah created was the Pen, and He said to it: "Write.''

He said: "Write the decree and whatever will throughout eternity.''''

This Hadith has been recorded by Imam Ahmad through various routes of transmission.

At-Tirmidhi also recorded it from a Hadith of Abu Dawud At-Tayalisi and he (At-Tirmidhi) said about it, "Hasan Sahih, Gharib.''